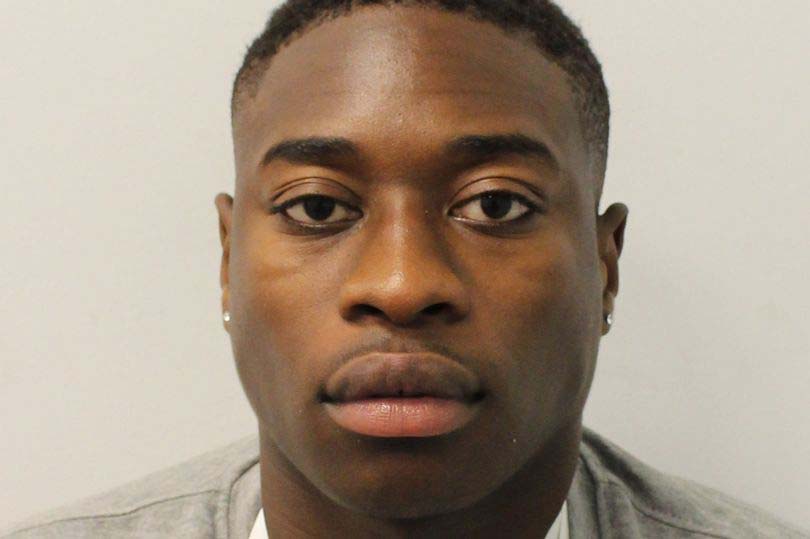 Pro football player AN EX stabbed a man in the back after ‘a fight over a girl at a club’, court heard.

Ibrahim Meite, 25, a former striker for Crawley Town Football Club, was found guilty of intentional injury, unlawful injury and possession of a knife.

Mate, who joined Crawley on loan in 2017 from Cardiff City, was charged with stabbing Rio Amos, 24, in Putney, South London on 12 September 2019.

Meite told the court that he did not have a knife and only intended to hit Amos “to wind him up”.

The football player claimed that he stumbled upon Amos by accident. Argus reports..

And that he wanted to “clear things up” after an “argument” involving a girl in a nightclub.

The altercation at the club allegedly ended in “pushing and shoving”.

During the trial at Kingston Crown Court, prosecutor Max Hardy stated that “this was hardly a chance”.

Meite ran into Amos after driving her white Mercedes onto a “quiet residential street”.

The former football pro was with Leon Hughes, 33, who was in the front passenger seat.

Prosecutor Max Hardy told the court that CCTV footage showed the couple getting out of their car and talking to Amos.

He added that they “moved from side to side” before he “went sideways around his back.”

Mr. Hardy said Mate stabbed Amos in the back, “taking him by surprise” while his “attention was divided between the two men.”

Amos is said to have drawn a large blade and stabbed Mate several times after he fell while fleeing the scene.

The couple were taken to St George’s Hospital in London where both recovered.

A jury found Mate of Roehampton, southwest London, guilty of intentional injury, unlawful injury and possession of a knife on 16 February.

Amos, from Wandsworth in southwest London, was found not guilty of intentionally inflicting injuries.

And a verdict of unlawful injury was not reached, which led to the dismissal of the jury.

Hughes of Merton, South West London, was found guilty of unlawful infliction of wounds and not guilty of intentional wounding, possession of a knife and intent to obstruct the course of justice.

The citation hearing is due today.

Meite and Hughes will be sentenced later.

Meite was previously banned from driving for 17 months after he was caught on New Year’s Eve 2017 drunk driving in Hove.

He was taken to a detention center in Brighton, where 62 mg per 100 ml of breath was found. The legal limit is 35 mg.