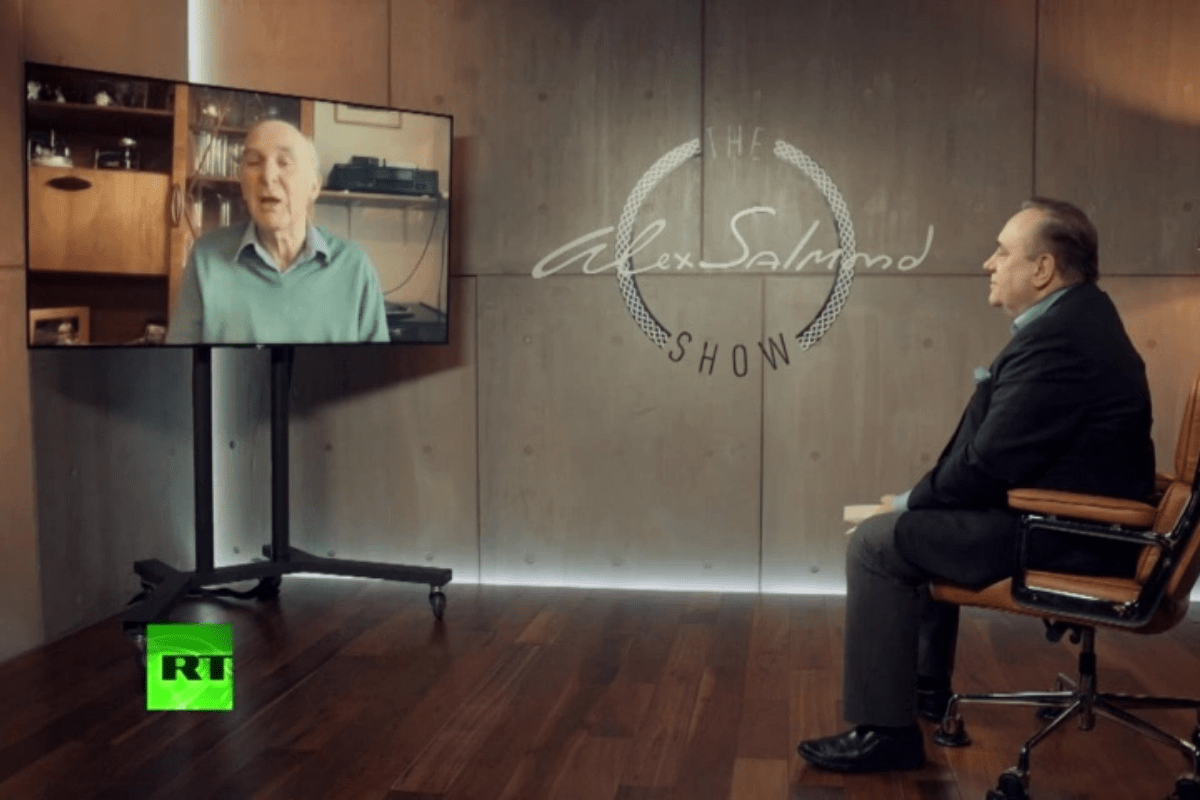 A 25-minute interview with the ex-Liberal Democrat, recorded yesterday, was shown on the former first minister’s RT program, which aired as Russia intensified its attacks on Ukraine.

Sir Vince’s appearance comes despite condemnation of Mr. Salmond from across the political spectrum for continuing his show on the controversial Kremlin-backed channel.

And it sparked fury today as Scottish Liberal Democrat leader Alex Cole-Hamilton was among those who criticized Sir Vince.

MP Cole-Hamilton said: “Vince Cable is a private individual and is no longer a Liberal Democrat MP, but his appearance on RT’s Salmond show this morning was completely wrong. As well as Salmond’s ongoing association with this agent of a hostile force.”

Responding to a wave of criticism, Sir Vince said in a statement: “The interview that was recorded yesterday morning was about the paperback version of my book Money and Power and an earlier novel. It had nothing to do with Ukraine or the security situation.

“My views on Putin and Russia were clearly stated when I was party leader. I condemn the invasion and strongly support NATO sanctions and believe that the British response in terms of economic action so far has been too weak.

“Looking back, I would not have given interviews if I had known an invasion was about to happen. When I agreed to this, there was a widespread hope in Europe that conflict could be avoided.”

The show focused on how Mr Salmond and Sir Vince talked about leaders from political history, the subject of a new book by the former MP who led the Liberal Democrats between 2017 and 2019.

There was one mention of Ukraine, when Sir Vince briefly mentioned that “a lot can happen, you know, war in Ukraine and such” as part of an answer to a question about a possible future coalition of Labs and Liberals.

Mr. Salmond and co-host Tasmina Ahmed-Sheikh did not mention Ukraine in the 28-minute show.

Former SNP MP Ms Ahmed-Sheikh ended by saying, “Goodbye, take care and hope to see you all again next week.”

Alex Salmond’s weekly show usually airs three times on RT every Thursday, but its morning slot has been replaced with breaking news about the attacks in Ukraine.

However, trailers for the show were still airing and it is available on the RT website, along with headlines about how Vladimir Putin announced a “special operation” in Ukraine’s Donbass.

Mr Salmond came under fire after launching The Alex Salmond Show on RT in 2017 but refused to leave the channel despite repeated disputes with Russia.

And Nicola Sturgeon said on Wednesday: “It’s an Ofcom thing, but I really think there’s a very serious question right now about whether RT should still have a license to broadcast here in Scotland and I certainly urge Ofcom to take a look.” to this very question. very seriously and attentively.

She added: “I am overwhelmed by Alex Salmond’s continued collaboration with RT. I don’t think it’s any secret now that I don’t think he should ever host a TV show on RT, but now it’s even more unthinkable that this should continue.”