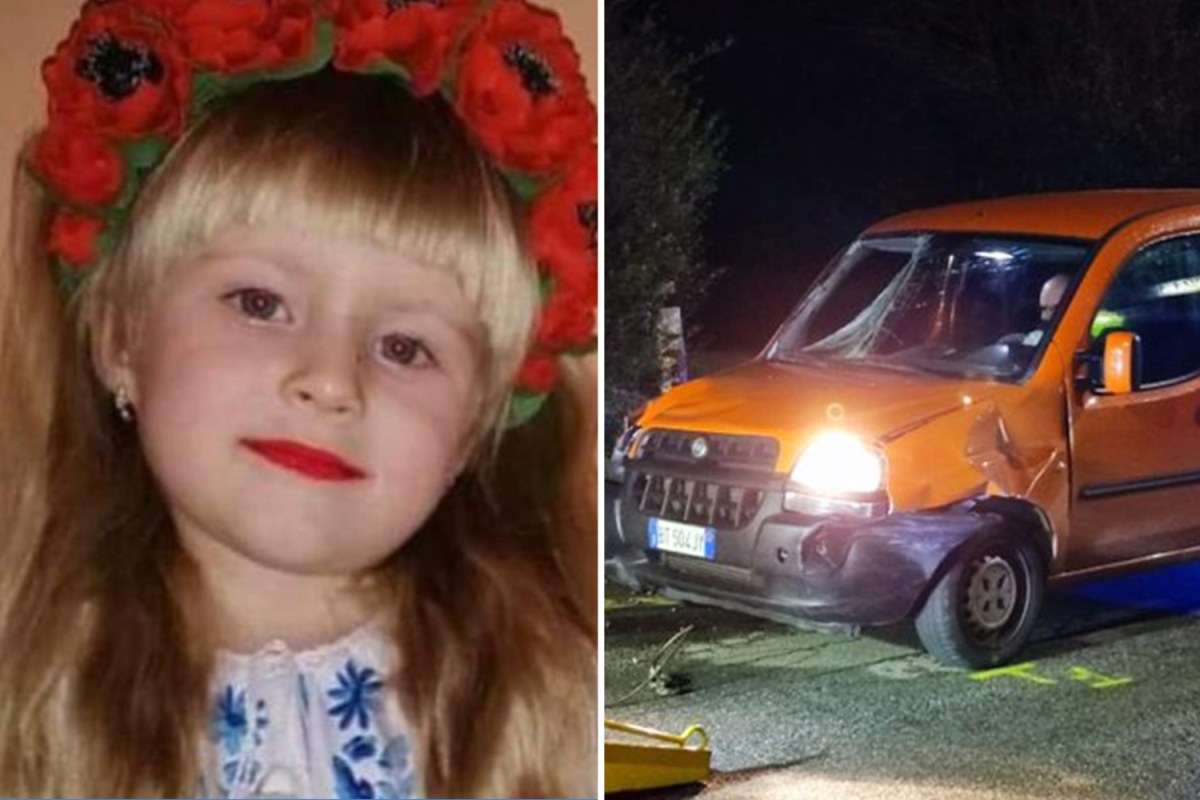 A GIRL who fled from Ukraine reportedly died when a driver allegedly crashed into her and the 16-year-old boy who was carrying her.

Italian police say five-year-old Tasya arrived in the country just a month ago with her mother Lyuda after she was forced to flee due to Russia’s invasion of Ukraine.

But she died when she was hit by a van driven by an 18-year-old in the Crotone region of southern Italy, and now police are figuring out it was intentional.

Tasya walked with her 16-year-old cousin and the girl’s boyfriend, who held the young man in his arms. Korier says.

As part of their investigation, the police are looking into whether the driver of the orange Fiat Doblo was involved in a personal dispute with other teenagers.

He was arrested on the orders of the local prosecutor and charged with aggravated murder on the road.

The horrific encounter took place on Sunday evening in the town of Cantorato, where Taya and her family were placed on the farm where Luda’s sister works.

Two 16-year-olds left the house for an evening walk, taking little Tasya with them.

As they were walking in single file on the road, a driver spotted them around 6:30 p.m., he turned around and allegedly accelerated towards them, with his father sitting in the front seat.

The boy was behind and ended up on the windshield of the car.

Tasia was thrown out of his arms and collapsed to the ground, hitting her head and killing her instantly.

He suffered head injuries and broken bones, but his girlfriend was unharmed.

The driver called an ambulance and reportedly said there had been an accident while driving.

But the police, who began to look into the background of the incident, soon began to suspect that this was not the only reason, and soon established who was behind the wheel, says Corrier.

The suspect was charged with driving without a license twice, in March and August 2020.

On March 13, another Ukrainian refugee died after a bus carrying about 50 refugees veered off the motorway and overturned in Italy.

Several people were also reportedly injured in an early morning crash on the A14 highway in the Emilia-Romagna region.

Italy’s interior ministry said the bus had exited Ukraine and was heading south to Pescara, an Adriatic port city, when it overturned.