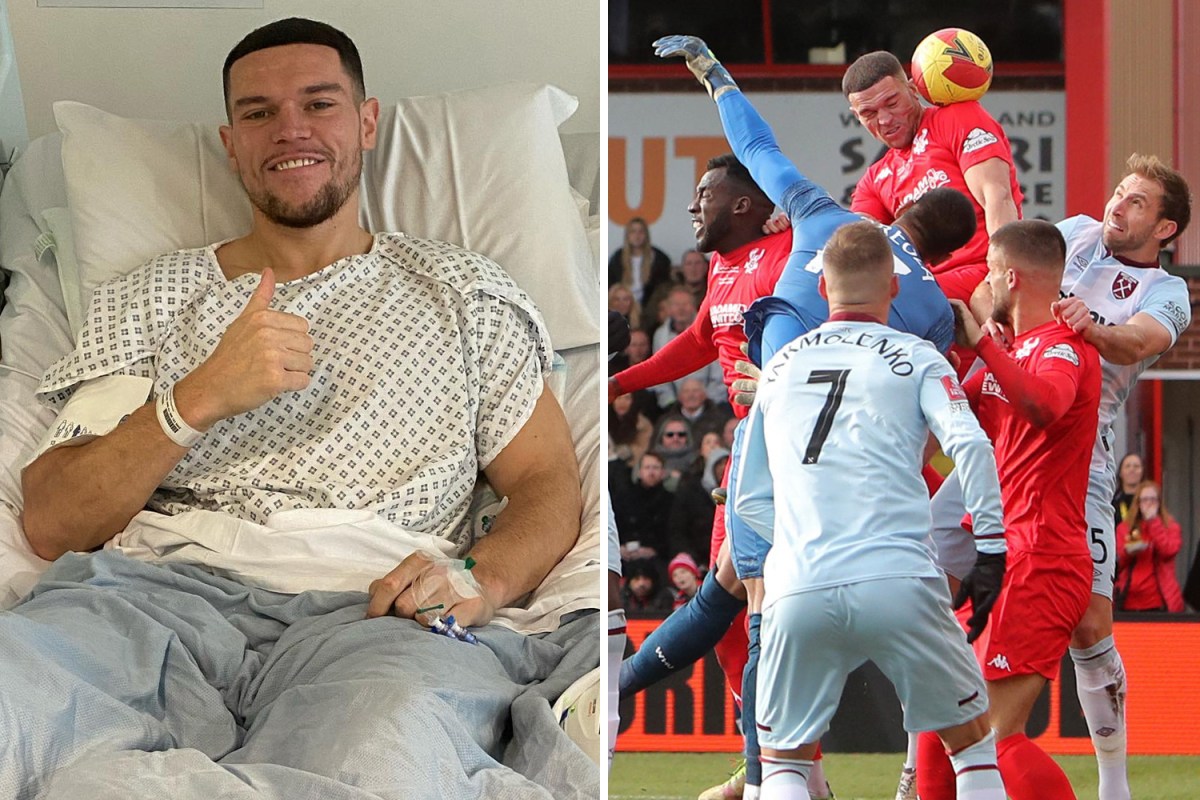 Kidderminster Harriers FA Cup hero Matt Preston is in hospital after suffering a “serious injury” during a game against Alfreton Town.

The 26-year-old, who was named man of the match two weeks ago in a 2-1 FA Cup fourth round win over West Ham, was injured after a 25-minute collision in National League North on Saturday.

Medics worked with him for 25 minutes on the field before the game was called off.

Preston was then taken to the hospital in an ambulance as he received further treatment at the Queen Elizabeth Hospital in Birmingham.

An x-ray later revealed that he had potentially suffered a double leg fracture.

Sunday afternoon Preston posted a picture the way he thumbs up from the hospital bed.

And he added: “Just after my first operation, honestly amazed at the love shown, completely stunned.

“Thank you to everyone who wrote, it’s very much appreciated and not a single message was overlooked!

“But I will come back stronger.”

Harriers said in a statement: “Matt Preston is currently undergoing treatment at the hospital.

“Matt suffered a serious ankle injury, which led to the withdrawal of the match.

“He received immediate care in Aggborough before being taken to a hospital in Birmingham.

“At the moment, all our thoughts are with Matt. We will provide fans with any further updates as they become available.”

He tweeted: “Last week against us was unbelievable and off the pitch he was even better.

“Wishing you a speedy recovery, Matt.”

He was the star of the show in Kidderminster’s FA Cup tie against West Ham in which they were 1-0 up to stoppage time.

Moments after Preston was named Man of the Match by commentator Dion Dublin, the hosts fell to the Premier League side when Declan Rice equalized.

And then Jarrod Bowen won the game for the Hammers in stoppage time at the end of extra time.