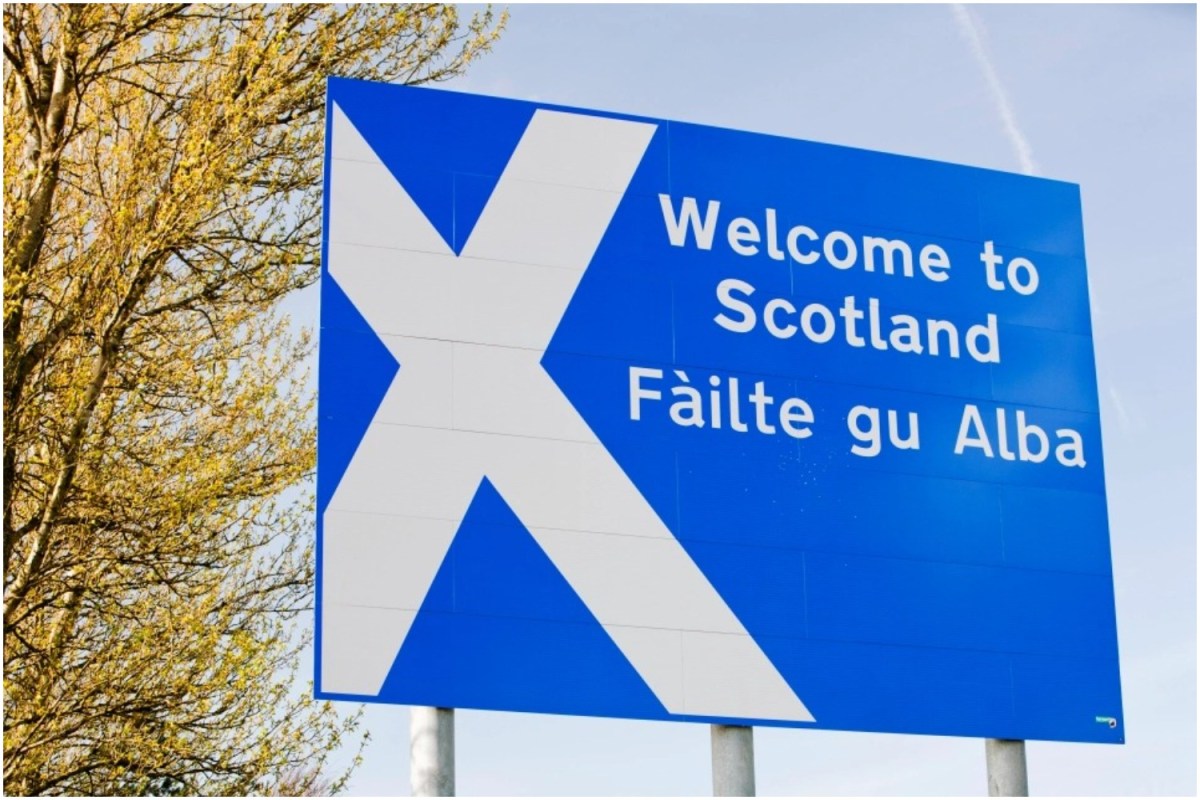 According to economic experts, an independent Scotland would be better off outside the EU in order to avoid a rigid border with England.

In a new report on the potential impact of secession, the Economics Observatory stressed that the rest of the UK will remain Scotland’s “most important trading partner”.

He warned that EU membership could be achieved at the expense of a trade border with England, which would raise the cost of doing business in both countries.

The report states: “If Scotland rejoins the EU, its border with the rest of the UK will become one of the external borders of the EU.

“Because the UK is no longer part of the EU single market or customs union, this means cross-border trade will be subject to customs controls and other border barriers.

“In addition, there will likely be a need for physical border infrastructure at border crossings between Scotland and England.”

They warned that border costs would be higher “if Scotland rejoins the EU than if it remains on the common market with the rest of the UK”.

The authors added: “An independent Scotland will face a compromise. A good rule of thumb is that borders are cheaper when they affect trade less.

“This suggests that while the rest of the UK remains Scotland’s most important trading partner, Scotland would be better off prioritizing integration with the rest of the UK, which means staying outside the EU.”

Nicola Sturgeon has repeatedly said she wants a second independence referendum by the end of 2023 and has said she wants Indian Scotland to rejoin the EU.

The First Minister has previously used Northern Ireland as a model for how Scotland can manage cross-border trade after a yes vote.

But Northern Ireland’s post-Brexit deal, under which they retained trade with the European bloc’s Republic of Ireland but forced them to inspect goods from elsewhere in the UK, has been marred by controversy.

Sturgeon called for fighting “misogyny” within the party as the SNP MSP ridiculed a TV journalist’s claim of “heinous abuses” in Scotland.

It comes after a former SNP minister warned last week that Ms Sturgeon would lose all future IndyRef2s if she tried to tie it to EU membership.

Nats Grandee Alex Neil, who voted to leave in the 2016 Brexit referendum, said it would be tantamount to Brussels signing a go-kart-karta.

A spokeswoman for the SNP said: “The people in Scotland voted overwhelmingly to stay in the EU, but they were pulled out against our will.

“Brexit is now making us all poorer – it has caused untold damage to key Scottish industries and has led to labor and supply shortages across the economy.

“Independence gives the people of Scotland a chance to undo the damage caused by Brexit.

“An independent Scotland can join the world’s largest trading bloc, the EU single market, which has seven times the population of the UK, and take advantage of the wealth that can be generated by diversifying our trade.”