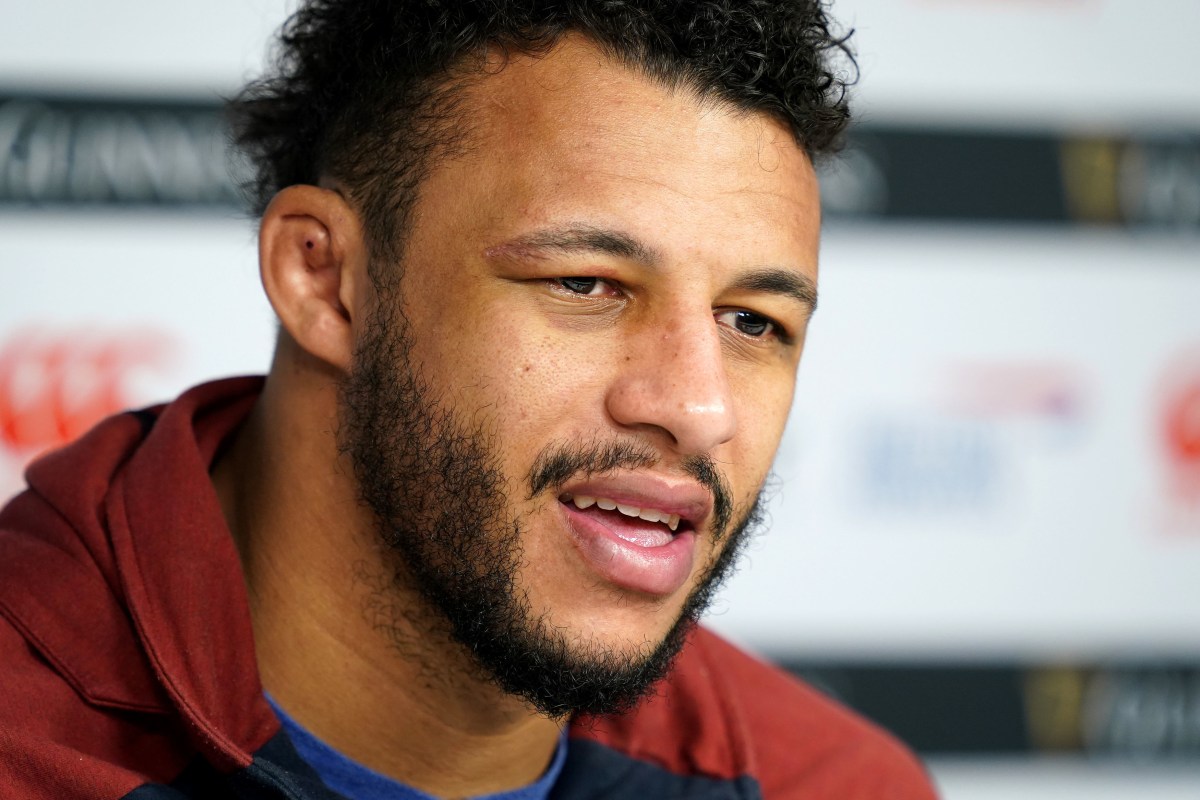 ENGLAND’s plans for their Six Nations decider against Wales were torn to shreds after recalled center Manu Tuilagi was ruled out of the Twickenham clash.

A bitter blow that will likely see Elliot Daley return to center in place of Henry Slade means Tuilagi will also miss next month’s final two games against Ireland and France.

It was a major setback for Jones, who reinstated Courtney Lowes as skipper and Ben Youngs was forced to wait for his record 115th cap as Harry Randall kept his place in the half of the scrum.

Jones cited the trappings of the Tuilagi emergency center as a link between Marcus Smith and Slade.

While Joe Marchant, initially left out of the 23-man squad, returned to the England headquarters at Pennyhill Park last night, he is now ready to start on the bench.

And this means that Jones lost a key part of his armament because of what he admitted was decisive for England’s six-nation hopes.

Despite this, the Australian demanded a blitz start from his side.

Jones said: “We have to get out of the blocks quickly.

“Statistics say that 78 percent of teams that score on the first try win the test, so it’s important that we start fast.

“We feel there will be opportunities early in the game against Wales.”

Lowes, who missed games against Scotland and Italy with a head injury, got his armband back from fellow flanker Tom Curry.

Maro Itoye returns with Ellis Genj, Luke Cowan-Dickey – despite being booked at Murrayfield – and Kyle Sinclair in the front row.

It will be Lowes’ first game in six weeks. Jones added: “Courtney usually plays pretty well in the paddock. He has a rather unique body, so we think he will play an important role.

“I have never seen him in such a good mood. There is no reason why his best rugby cannot be ahead of him.”

Initially, Laws was “a little disturbed” by the blows to the head that forced him out of action, saying, “The connection between my eyes, ears, and neck has basically gone a little off.

“I knew I just needed to take my time, but I feel good.”

Jones, however, admitted that he was not always convinced by the “torpedo bomber” Lowes.

He said: “When I first got here, I was not impressed.

“His attitude was very calm, he had a lot of injuries, he didn’t train much.

“He had to meet the standards of what we demand from the team, and he did it brilliantly. I could not reproach him for selflessness and discipline.

Lowes said: “He basically told me, ‘I need you to hit and carry – and if you can’t, you won’t be on the team.’ It was very different from what I had before, much sharper.

But he would have told you directly. It was good for me and what I like about it. You knew what you had to do to get on the team.”

This team includes Randall, not Youngs, with Jones explaining: “Harry is lighter, faster and faster to get to the ball early in the game.

“He’s shrewd in cancer, gives us that instinctiveness with his ability to hit fast and run fast.”