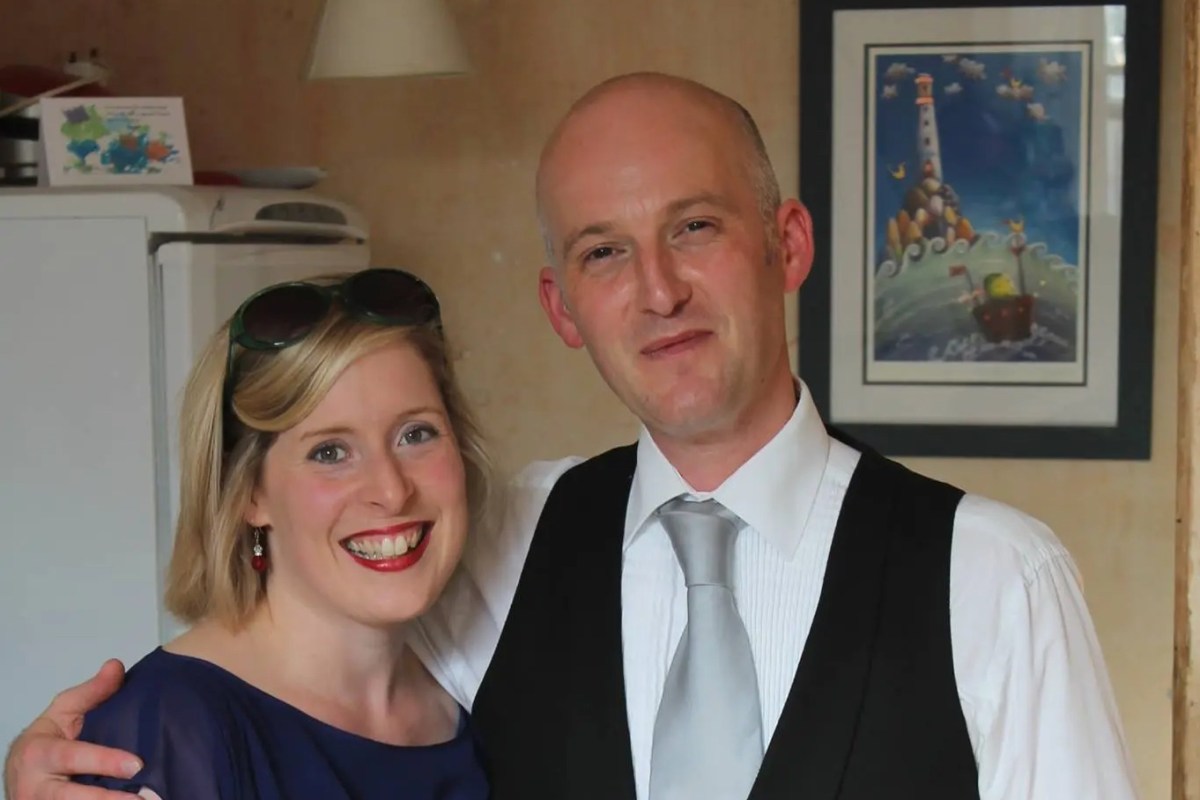 A SCOTS man was left paralyzed after a horrific fall as he was preparing for a road trip with his partner.

Emma Hay, 39, and Ian, 49, were on their way to a dream sabbatical in the south of France when he suffered a life-changing injury.

The couple were living in an apartment on the top floor of Bruntsfield in Edinburgh back in July 2016 when they decided to quit their jobs and move out for a year in the sun.

But a few days before their planned trip, Ian tragically fell through a trapdoor in the attic and landed on the floor below.

Emma discovered him hours after she returned home and they were rushed to Western General Hospital in Edinburgh.

He was then transferred to a special spinal unit in Glasgow, where he spent the next eight months.

Emma told Edinburgh Live that even to this day she’s not sure if Ian stumbled or fainted when he fell.

She said: “He either passed out or stumbled and he fell head first through the hatch into the attic and landed on the floor of the pantry below.

“He lay there for four hours before I got home, and then all of a sudden you were in the system, there were ambulances everywhere.

“By September, they realized that no movement was actually coming back, so he was transferred to a rehab ward and has been getting used to his paralysis from the neck down ever since.

“It was one of the worst injuries they’ve ever seen anyone survive from.”

The accident left Ian paralyzed and the couple had to face huge changes in their lives.

Emma added that she felt they were “invisible” and had little support left in how to manage their new lives.

She said: “I was invisible and I just felt invisible in this hospital.

“It just ruined our lives for both of us and I was told very early on that Ian was getting all the best treatment and technology, the doctors and nurses are great, but I didn’t get it.

“You suddenly need to know something about your job, about selling the top floor apartment you can no longer live in, and about all the practical stuff.

“I thought about whether I would become a mother, I would have a marriage and the life that I imagined?”

Emma went on to say that she now considers it an honor to do what Ian can’t and the accident has made her appreciate things more.

However, the stress of the accident affected their relationship and Emma and Ian have since broken up.

But they still remain close after the incident.

Emma moved to Elgin in 2020 and is now raising money for Highland Hospital to help with their work.

She also hopes the finds will help provide support to patients and affected families.

Emma added: “The accident was really scary and could have wiped me out so when I looked around and saw all these people just like me who were kind of ‘people standing by’ it helped and when I saw the fundraiser for the hospice i thought yes, i want to help, it’s a great charity and they need £7000 a day to run the hospice.

“When Ian was in the hospital, I was involved with a charity called Horatio’s Garden which planted gardens in all these spines across the UK and looking back, this place definitely saved me.”

She is entering the competition for her 40th birthday and plans to train more than three times a week to perform in front of an audience of 600 people.

She started a GoFundMe page to help raise funds.

In it, she wrote: “I am participating in this major fundraising event that is raising valuable funds for Highland Hospice and Inverness Ice Centre, local charities that are close to many.

“Highland Hospice requires over £7,000 a day to provide its services.

My obligations are extensive; everyone should raise funds to the best of their ability, find a corporate sponsor, and attend 3 hourly workouts per week from January to May to be well prepared for May 18-21, 2022.

“I will have to perform in front of a panel of judges and get an appropriate assessment in front of an audience of 600 people!

“I would really appreciate it if you would support me in my challenge in any way possible – donate here, take part in my fundraising events and secure a ticket to participate (please PM before February 27th if you are interested in tickets on Friday evening – May 20).

Anyone wishing to donate to the fundraiser can do so here.