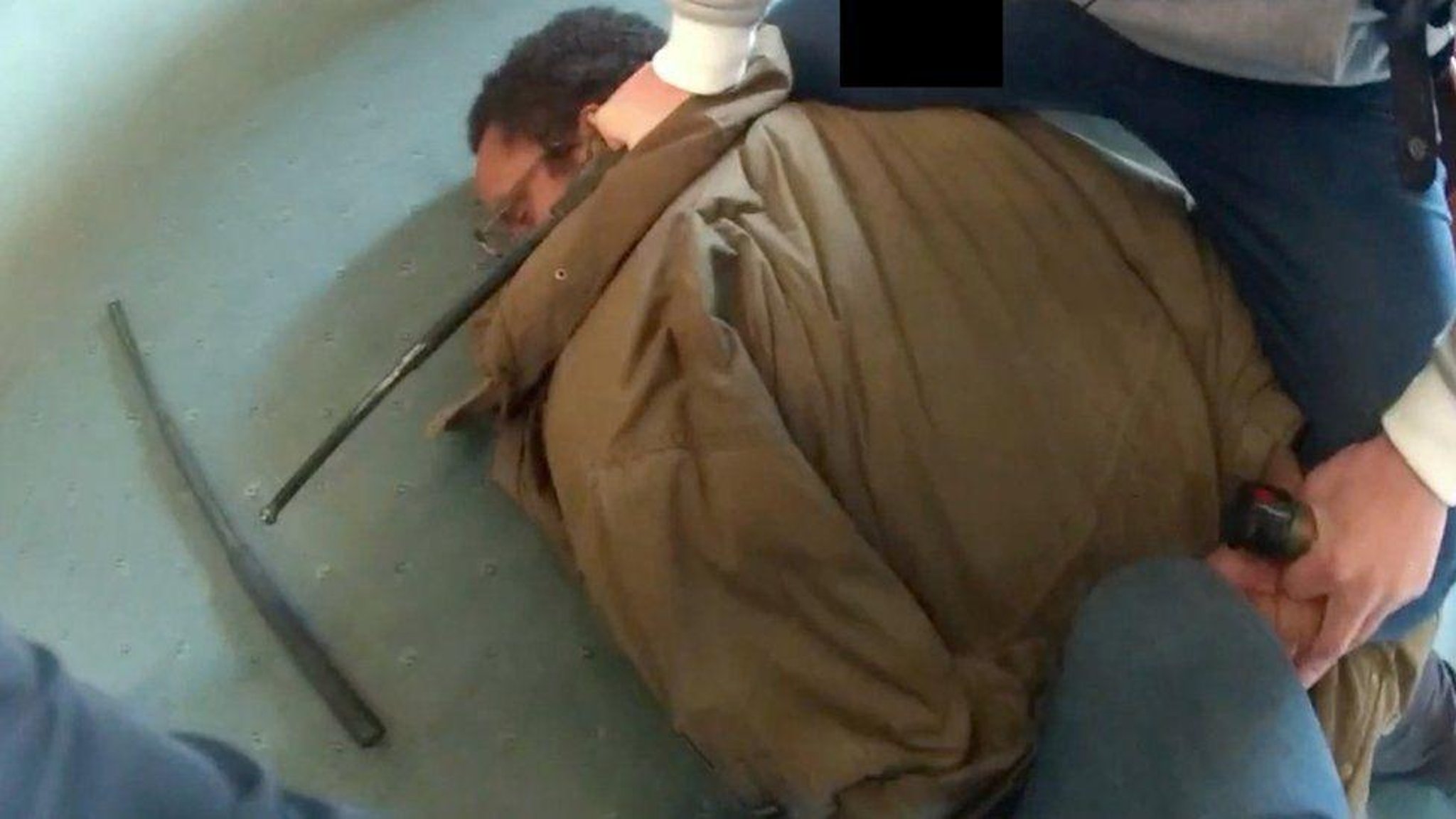 The video shows Essex Police Constables Scott James and Ryan Curtis ordering Ali Harbie Ali to throw a foot-long bloody carving knife before rushing him and pinning him to the floor.

Afterwards, 26-year-old university dropout Ali, who is said to have excelled in school, could be heard saying he was “ready to die” before asking officers to put the goggles back on his face.

One of the officers replied: “Buddy, this is not our concern.”

The standoff came within minutes after Sir David’s Conservative bench was stabbed more than 20 times while conducting an election operation in Lee-on-Sea.

James and Curtis were in the area on October 15, 2021, trying to find a wanted suspect with no connection to the case, when they were called to Belfairs Methodist Church, where Sir David’s meeting was being held, the Old Bailey heard.

The duo arrived to say that the 69-year-old politician had received “several stab wounds”.

The couple, armed only with batons and a disinfectant spray, ran into the building and came face to face with the suspect.

A tribute to the site where Sir David was mortally wounded.

The officers shouted, “Drop that knife.”

One added: “Everything will only go one way. Please drop this knife.

The couple then blamed Ali, who is said to have been on the phone for 14 minutes with his “hysterical” sister at the time.

Ali then said, “My phone is ringing, it’s family.”

Shouting as if for the caller to hear, he added, “Don’t worry. The police caught me. They won’t shoot.”

Ali was taken into custody, where he allegedly told a front desk officer that the incident had both “terrorism” and “religious” motives.

The jury was also shown CCTV footage of Ali walking around Westminster, past Downing Street, along the Carriage Gate entrance to the House of Commons and around Parliament Square, less than a month before Sir David was killed.

Ali managed to arrange a meeting with Sir David by tricking the old politician’s office into believing he was a medical professional who had moved to the area and wanted to discuss local affairs.

Rebecca Hayton, Sir David’s second-in-command who was with him on the operation, previously described how Ali stood up, said “sorry”, pulled a knife from his clothes and stabbed the married father of five.

Other witnesses said that Ali had a “smug look” as if he had “achieved something” in the immediate aftermath of the attack.

Darren King, who rushed to the scene after the alarm was raised, recalled his own tense standoff with an armed assailant, telling police that Ali claimed to have killed Sir David because of government bombing of Syria and wanted officers to shoot him.

Sir David died from multiple stab wounds to the chest, about 15 cm deep, and was pronounced dead in the church.