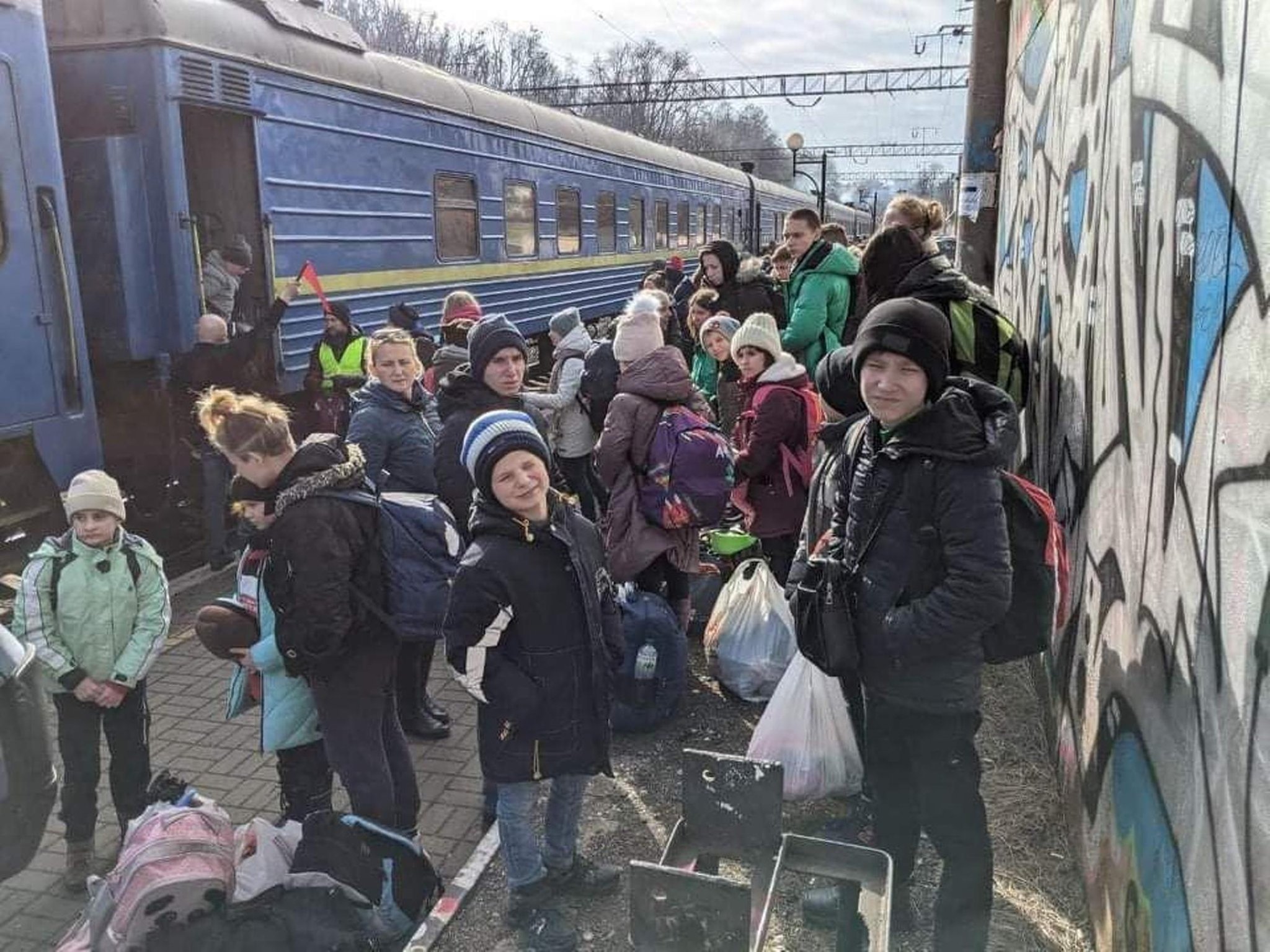 Dnipro youth has passed a difficult way from Ukraine to Poland.

On Monday, a delay due to paperwork thwarted plans to fly Ukrainian youth from Warsaw to London.

However, the Virgin plane landed in Warsaw and is expected to return to London at a later date. The group will then head straight to their temporary home in Callander, Stirlingshire.

The charity organization Dnipro Kids, created by Hibs FC fans, allowed many children to flee from Ukraine to Poland. The second group was accompanied by Sally Becker, founder of Save a Child.

Ukrainian orphans have to fly to the UK after fleeing the war in their homeland.

The Edinburgh Charity has arranged for the children, from infants to older teens, and their seven legal guardians to live in a hostel in Stirling before being transferred to Edinburgh. The children will be in the same family groups and will not leave Scotland until it is safe for them to return.

Hibs supporter and SNP MP Ian Blackford, leader of the party in Westminster, supported the children’s efforts to find refuge in Scotland.

Speaking in the House of Commons, he thanked the Scottish and British governments for their help in organizing the talks.

Mr Blackford said: “This is a good day for these 50 young people, but let’s hope this is the start of something much more meaningful for more young people to whom we can offer shelter.”

On Monday, the Home Office said the delays were due to parentage authorization issues for children who do not have family members to act on their behalf.

Mr Blackford said it took time to process the paperwork to evacuate the children to Scotland because they needed to resolve all security issues before they could be transported to another country.

Tweeting, he said: “It was not just about visas, it was about the due diligence of a sovereign state getting the necessary permits to allow children to travel. We all would like the same for our children.”

He added that the children and their caregivers would be given privacy while traveling to the UK, as well as “time and peace to settle into their new surroundings”.

Dnipro Kids Chairman Stephen Carr, who led the evacuation from Lviv to Ukraine and Poland, promised the children that they would be welcome in Scotland.