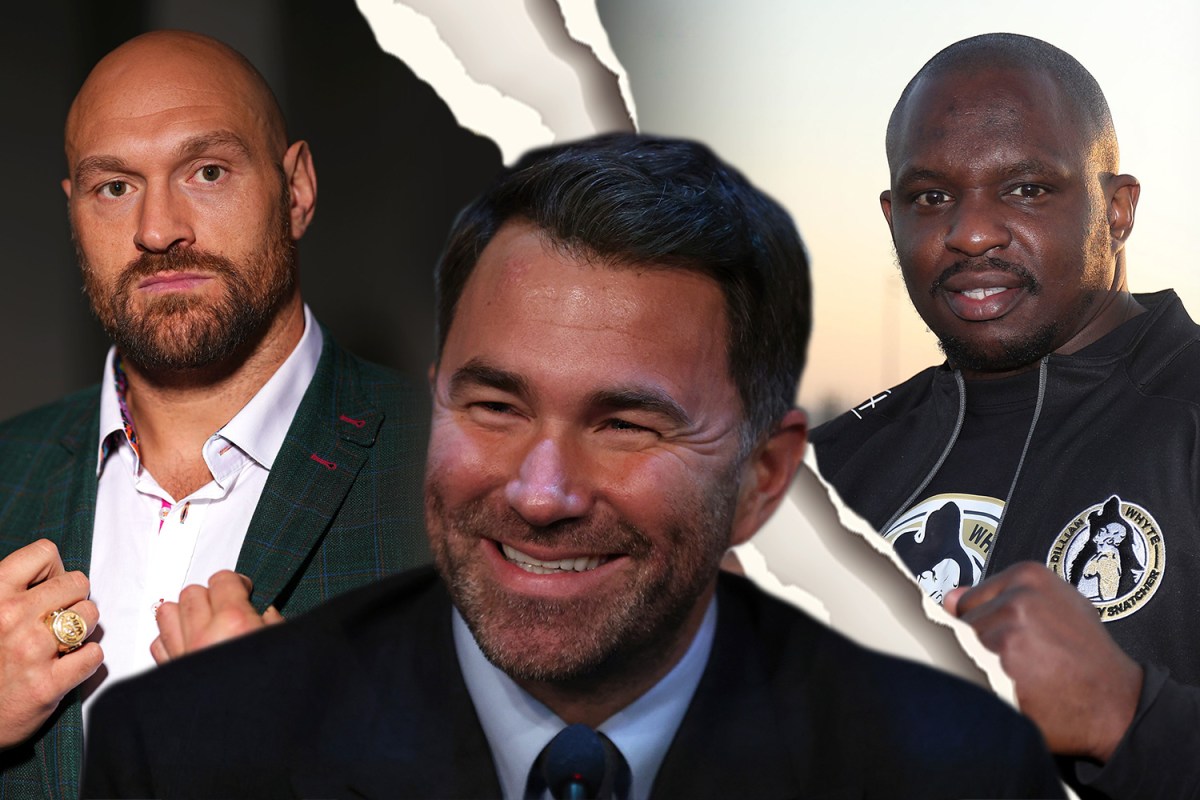 Hearn lost the bid, so Frank Warren is in full control of The Body Snatcher’s next fight against The Gypsy King on April 23 at Wembley.

A win at BT Sport will earn 34-year-old White £9 million and the WBC heavyweight title.

But the defeat would hurt his brand ahead of Hearn’s potential move to streaming app DAZN in the future.

WBC Mandatory Challenger White has so far resisted signing, much to the dismay of Team Fury.

The Matchroom boss, whose shows air on the DAZN streaming app, wants to keep one of his star attractions away from Frank Warren and his BT Sport supporters.

But only a guaranteed rematch with Anthony Joshua and possibly a third clash with fan favorite Derek Chisora ​​could make up for not wanting to fight for the WBC world title and a base £6m purse for calling Fury.

Despite the delay in signing the fight, Fury continued to prepare diligently.

The WBC also expects this to happen, even preparing a one-time “Union Belt” for the competition.

Fury’s promoter in the US, Bob Arum, recently called him a “damned fool” for delaying events.

While the Gypsy King himself jokingly set up a JustGiving page to fund White’s attendance at the press conference, offering to donate 47p to a “useless dispenser”.

Fury’s father, John, believes that White wants to “fit in a hospital” if he misses the opportunity to fight his son for the belt.

He said, “Sign a contract, fight, get beaten up and get on with your work.

“But I don’t know what’s wrong with you, buddy – if you refuse $8 million, they’ll put you in an orphanage.”