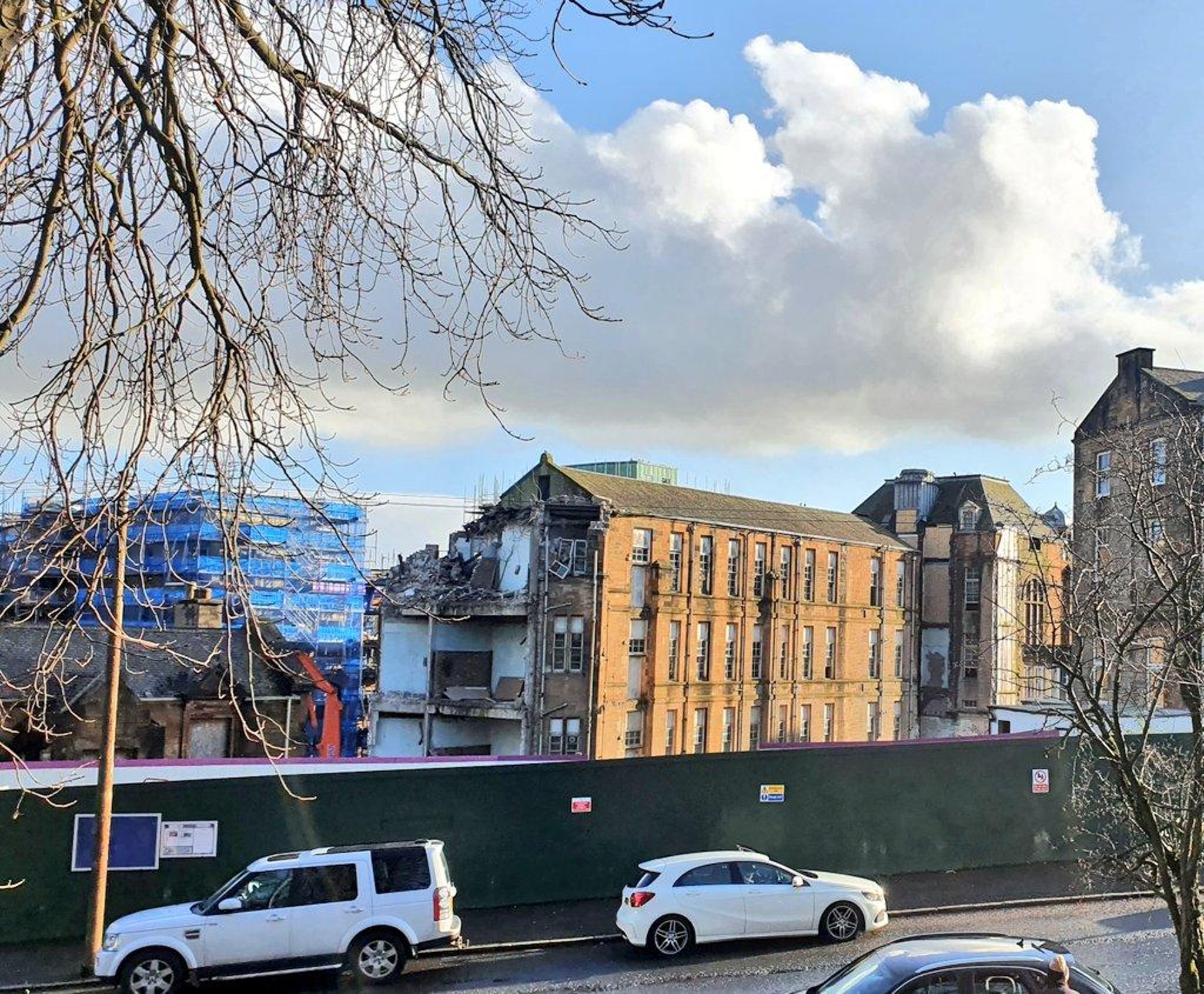 The distinctive domes of the Victoria Infirmary in the ward ward were demolished as part of plans to build new housing.

MSP Paul Sweeney tweeted his dismay at the spiers’ demolition, writing: “This morning @WeAreSanctuary brutally demolished those beautiful 133-year-old sandstone domes in the original 1888 James Sellars ward pavilion at the Victoria Hospital. A flagrant and unnecessary act of architectural vandalism. As if they didn’t do enough damage to their reputation.

The Labor MSP added: “What is the plan for this site, you may ask? Nothing. They secretly sought to change their planning consent from what was originally approved to demolish the block just to leave it empty “for future development”. Shame on Sanctuary and all involved in this heinous spectacle.

The Victoria Infirmary, which opened to patients in 1890 and became a major teaching hospital, finally closed in 2015 when the future of the huge Langside facility was uncertain.

Sanctuary Housing took over the development and the £29.3 million first phase will build 135 affordable homes and 11 retail units.

In another statement, Mr Sweeney said: “I felt sick to my stomach when I saw the beautiful sandstone domes in the original 1888 James Sellars Pavilion at Victoria Infirmary brutally demolished on Saturday morning. It was a blatant and unnecessary act of architectural vandalism that opened a gaping wound in the historical horizon of Battlefield and Queen’s Park that had given it a sense of place for 133 years.

“If they want to restore their tarnished reputation among the people of Glasgow, they must commit to commissioning accurate reconstructions of the domes as decorative elements on the new development site.

“It’s hard not to feel overwhelmed by the constant struggle to preserve our heritage after this week, but I hope the advisors on the planning committee will issue a statement this week refusing to agree to the demolition of the listed Art Deco architecture. Temple sawmill on Bearsden Road, which the developers want to completely demolish in order to build even more ordinary apartments.

A Sanctuary spokesperson said: “We are proud to be investing over £100 million in much needed new social housing and homes for sale in Glasgow, providing and creating new jobs and helping to restore this iconic site. These plans have been the subject of an extensive planning and consultation process spanning over 18 months, and the site is proceeding in accordance with these statements.

“We recognize and share the public’s love for domes. Unfortunately, the domes at the back of the building were in too poor a condition to be saved.

“But we are delighted to be able to maintain and improve the domes at the three Nightingale Chambers on Battlefield Road. This improvement includes recreating the well-known and loved balconies on these buildings, preserving their heritage and history for generations. come.”