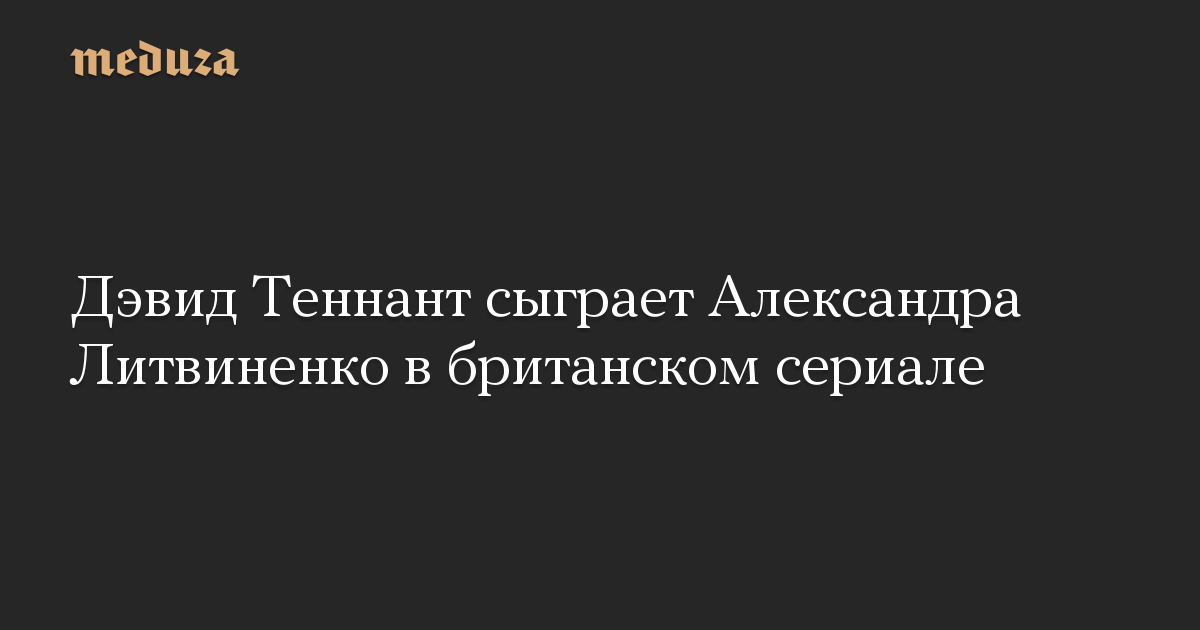 David Tennant will play the lead role in a British TV series about the poisoning of former KGB and FSB officer Alexander Litvinenko, who died in London in 2006. The Daily Mirror writes about this, quoting the authors of the series, produced by the ITV channel.

The White House has confirmed that Biden spoke in person at the UN General Assembly.