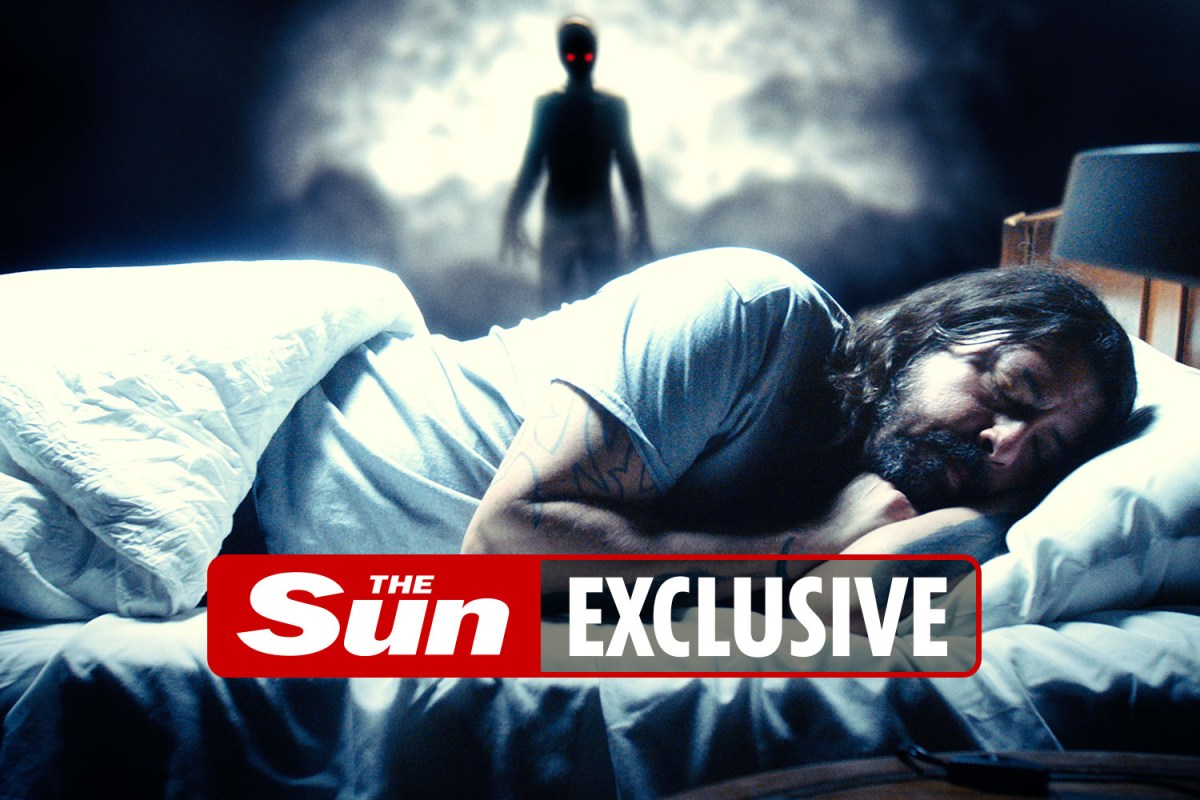 HE has a reputation for being one of the nicest people in rock ‘n’ roll, but only once did Dave Grohl turn into an angry monster.

The Foo Fighters frontman becomes possessed by a demon in the band’s debut feature film Studio 666, which he readily admits to me is their craziest project to date.

And he makes for a compelling villain. Yet despite their enthusiastic involvement in an unusual project that Dave says was a whim and then suddenly became a reality, the former Nirvana drummer insists the stadium rockers are not going to stop making music. .

And he admits he’s baffled by pal Chris Martin’s recent claims that Coldplay are already planning their final recordings. Speaking of the British superstar’s insistence that the band only has two albums left, Dave says: “Now, 26 years later, I love him as much as ever.

“It’s amazing that we were never close to leaving, but I have one piece of advice, a lesson for every band in the world: don’t say you’re going to break up. part, just part, and if you part, stay like that.

He adds: “A few years ago, I had the ridiculous idea that before releasing one of our albums, each of us would write a biography in which everyone would say nasty things about the other members. They all came out on the same day, and then we had a press conference where we said that after reading each other’s books, we decided we hated each other and were breaking up.

“And then the idea came up that in a couple of weeks we would announce The Reunion Tour just as a joke. We didn’t, but I thought it was a funny plan.”

In Studio 666 – a horror spoof somewhere between This Is Spinal Tap and Quentin Tarantino – Dave and his bandmates arrive at a Hollywood mansion in search of inspiration for a new album.

Upon learning that the last band to use the house has died under mysterious and bloody circumstances, the rockers are quick to notice a change in their frontman, who becomes menacingly obsessed with their sound.

An evil spirit takes possession of him and the only way out is to slowly bring down his co-stars one by one in a funny but bloody manner. The most surprising scene is when unlikely co-star Lionel Richie comes in as an angry vision of himself – scolding Dave for trying to wreck one of his biggest hits.

Dave explains: “Most vocalists have thought about killing other band members at least a couple of times, so maybe it’s not as ridiculous as it sounds. In fact, the whole project was kind of an accident.

“It was one of those ideas that I had that I threw in there, and then my manager and our team that had been with me for so long just started to set things in motion for me. I always whine about being too busy, and then they say, “Uh, it was your idea, you asked us to do it, no one forced you.”

And he admits the idea was met with mixed reactions by his bandmates, with drummer Taylor Hawkins most reluctant to “play” and keyboardist Rami Jaffee “basically just playing himself.”

Lionel was kind of a fluke, the writer wrote the idea as a joke and I said, “I know this guy, he’s great.”

Dave jokes: “Some guys enjoyed playing more than others. Taylor just showed up and said, “I don’t learn lines, whatever,” and made up dialogue along the way. And actually, I think it worked. Rami pretty much played himself, he really looks a lot like his character.

“Lionel was kind of a fluke, the writer wrote the idea as a joke and I was like, ‘I know this guy, he’s great.’

“So I just texted him and said, ‘Do you want to do a horror movie? and he literally answered with the word “Absolutely.” He was great, he’s the nicest guy. I met him the year we were supposed to play at Glastonbury, but I broke my leg.

“He was on the bill too, and even though we never met, he sent me this amazing basket of cupcakes to say he was sorry we couldn’t make it.

“He is a legend and a really cool guy. It was great to have him involved and he was a lot of fun on set. We also filmed a documentary.

“But then we have music, albums and tours. It was a great project and we loved it, but records and shows are what we do.
“Hopefully it won’t take long until we get back to it.”

RELEASED in theaters across the country this Friday, Studio 666 makes no attempt to hide its stupidity.

It’s an absurd concept based on many of the clichés of rock ‘n’ roll behavior that the Foo Fighters mercifully avoid in real life.

But don’t let that ridiculous sound fool you – if you can put aside your disbelief and enjoy it for what it is, there’s a lot in it that works and also showcases the band’s sensational musical prowess.

Buble baby No4 is on the way

TIME TO BUBBLE, Michael Bublé is going to be a father again.

His model wife Luisana Lopilato starred in the video for his new single I’ll Never Not Love You, which was released yesterday, and showed her tummy.

The music video is the first time they’ve appeared in a video together since his 2009 hit “Haven’t Met You Yet.”

Michael said: “She is beautiful. I upgraded a lot to make music and then work with her, laugh with her – it was amazing. This is the greatest moment. Sharing this with the love of my life is so great.” The couple have sons Noah and Elias and a daughter Vida.

She wore them with this crop top, brown trench coat and matching trousers for an appearance on Good Morning America in the final season of the TV show American Idol, on which she is a judge.

Next week Katy is kicking off the second part of her Play residency in Las Vegas and is also promoting her collaboration with Swedish DJ Alesso called When I’m Gone.

And she is still there.

Where there’s a will: Jesse gives his all to debut album

AFTER a bad start to her solo career, Jesy Nelson is doing everything she can to make her debut album a success.

Last night on Instagram, Jesy shared a series of snaps, including one of herself beaming alongside the seven-time Grammy winner.

She captioned the post: “Studio with one of my favorite people.”

Last month, Jesy flew to Los Angeles to record tracks with one of Little Mix’s most successful songwriters, American singer Tayla Pak. She wrote the group’s mega-hit, Sweet Melody, which earned them another #1 single.

With Will.i.am on board now, Jessie couldn’t have had better support.

COVID has kept tours off the ground for two years, and now George Ezra has had to postpone shows after contracting chickenpox.

Sharing a video of himself covered in spots last night, he said: “I have chickenpox, which I never had as a child, and it’s terrible. . . This means that I won’t be able to play the upcoming shows in Manchester, Edinburgh and London, which makes me absolutely discouraged.

“I haven’t performed since 2019 and really wanted to go back there and shake my hips.”

George, who recently returned with the single “Anyone For You”, was scheduled to start three intimate shows this weekend. They were postponed until mid-April.