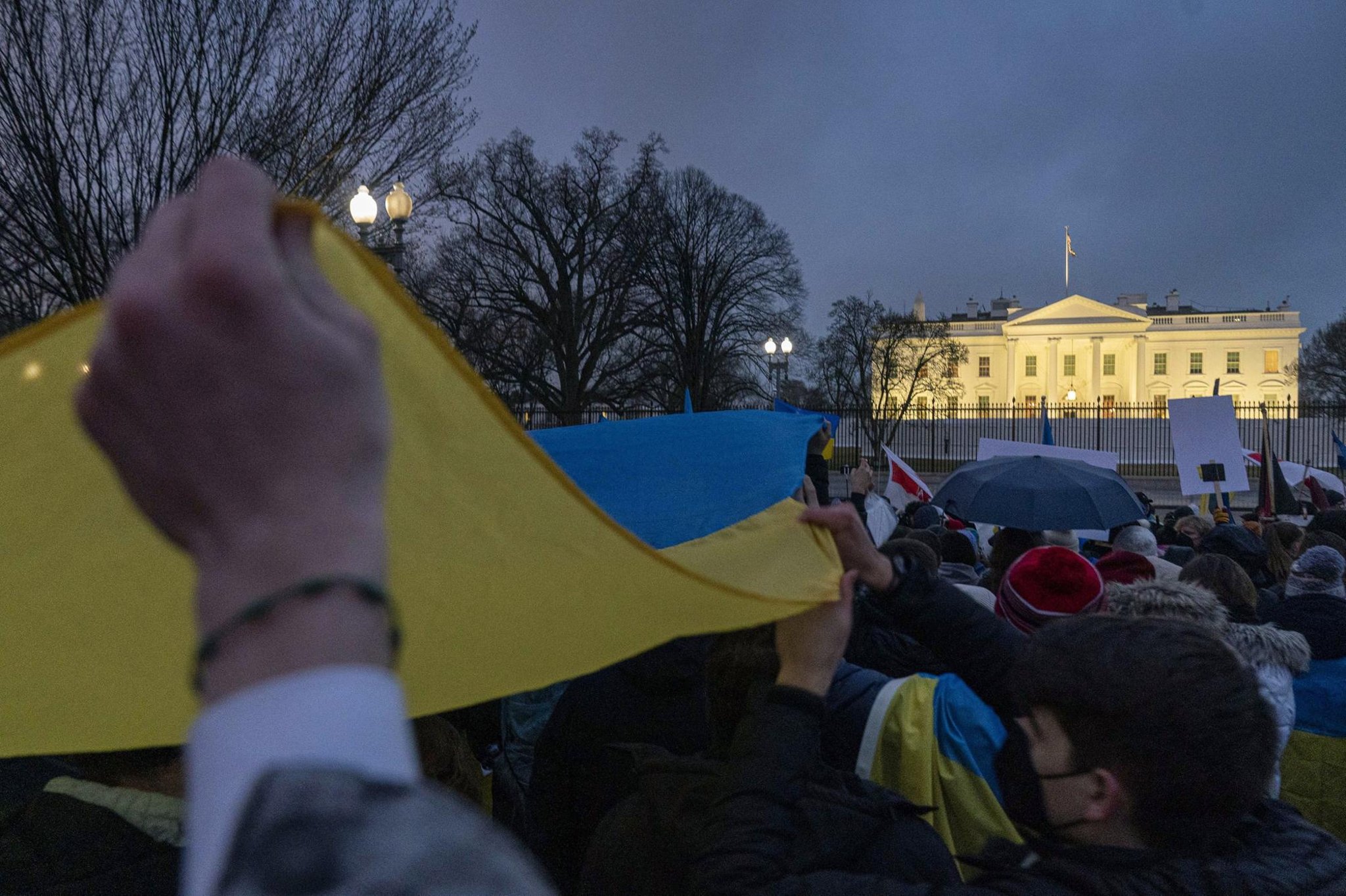 Former Deputy Prime Minister of Ukraine Ivanna Klympush-Tsintsadze told BBC Scotland that other countries could impose tougher sanctions and there are “many opportunities to help Ukraine.”

Her comments came after Russian President Zelensky said 137 Ukrainian citizens — both soldiers and civilians — had died on Thursday in a massive Russian strike launched by President Putin.

The UN reported that 100,000 people in the capital, Kiev and elsewhere had fled.

People hold a giant Ukrainian flag during a protest against the Russian invasion of Ukraine in front of the White House in Washington, Thursday, February 24, 2022. (AP Photo/Andrew Harnik)

Ms Klympush-Tsintsadze told the BBC’s Good Morning Scotland that there was fighting in the streets and explosions were heard all over Kiev, damaging civilian buildings.

She said: “I am counting on our military.

“We, Ukrainians, are fighters and we are doing everything possible on our territory to protect our city and our country.”

Conflict between Ukraine and Russia: NATO allies are preparing for the next steps after the “terrible” rock…

The vice premier said: “I think the world should impose much more severe sanctions on the Russian Federation,” adding that “immediate response and sanctions” are critical.

She said: “Putin will not stop his attacks on Ukraine. He wants Ukraine under control, and he wants a new world order in which he will have the final say.”

“This is a miscalculation of the Western nations that the situation will somehow be resolved for the Ukrainian people.

Asked if the West could have prevented the attack on Ukraine, Klympush-Tsintsadze replied: “Yes, I think so.

“If the sanctions had been taken as a pre-emptive measure, it could have somewhat deterred him. I think you underestimated the madness of the dictator.”

Klympush-Tsintsadze said that this situation could lead to a new world war: “Putin is not going to stop in Ukraine. If he conquers Ukraine, other peoples and their future will be at stake.”

His comments came after First Minister Nicola Sturgeon said “this is not the time for half-measures” about the sanctions imposed on Russia.

Nicola Sturgeon has previously said that Vladimir Putin should “feel the wrath of the democratic world” after Russia launched a “full-scale invasion” of Ukraine.

She made it clear that she condemned “in the strongest possible terms the unprovoked imperialist aggression of Vladimir Putin.”

She said: “We are calling on world leaders to take immediate action to stop the aggressor: tough economic and financial sanctions, including cutting off SWIFT; an embargo on oil and gas trade, arms assistance to the army, a UN peacekeeping mission and security guarantees for Ukraine.”