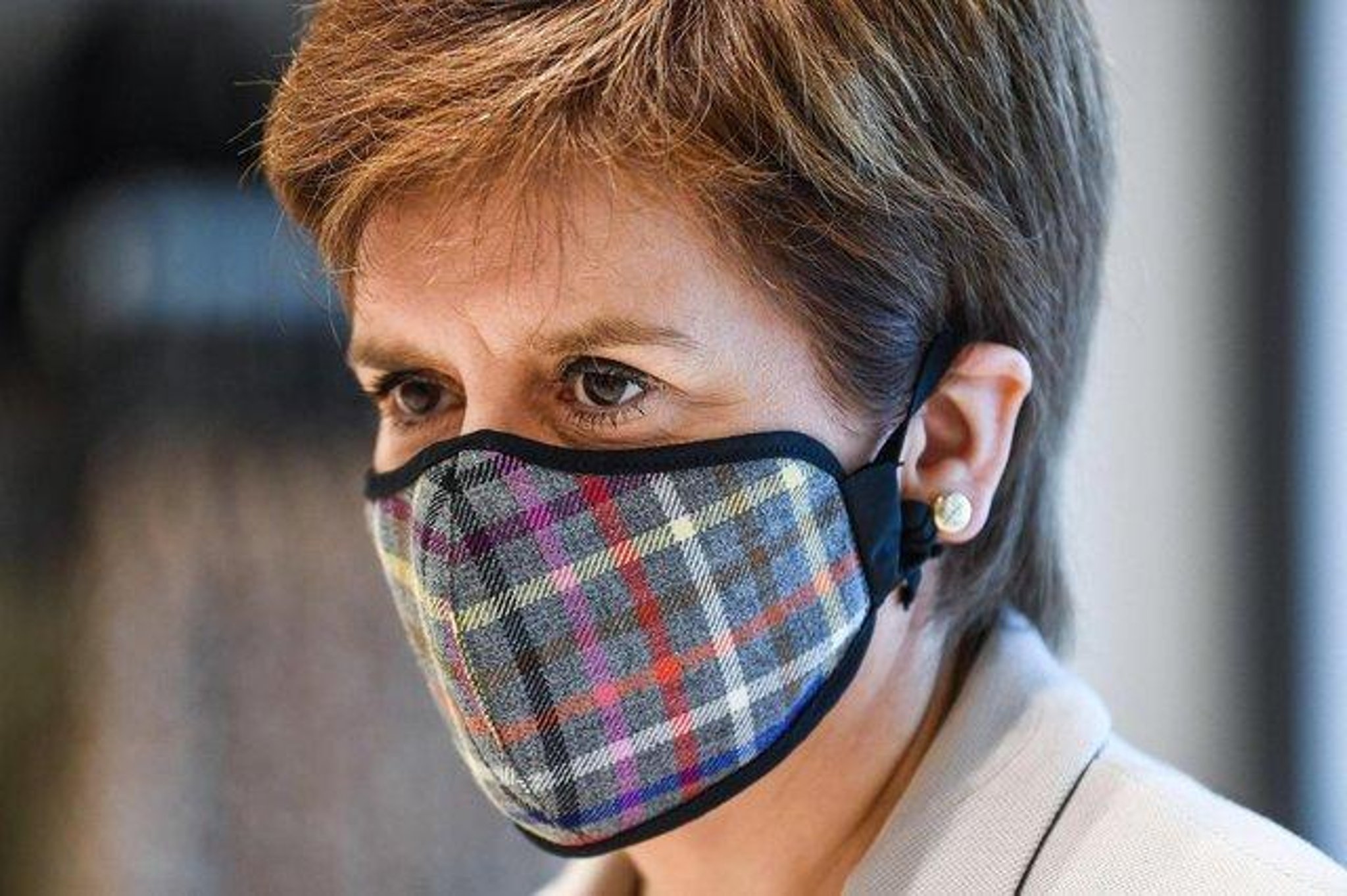 The First Minister said the mandatory vaccine passport scheme will end next week. However, Scots will still be asked to self-isolate if they test positive.

Business leaders welcomed the news but warned that “the hard work to stimulate the local economy must begin now.”

Ms Sturgeon announced the change by issuing a new strategic vision that is driven by a commitment to a “sustainable return to normalcy”.

She said Scotland was “determined to maintain a robust testing system” despite uncertainty about future funding and “frustration” with the UK government.

This comes after Prime Minister Boris Johnson confirmed that all Covid restrictions will be lifted in England this week, including the legal requirement for isolation, and free mass testing will end from 1 April.

Speaking to Holyrood, Ms Sturgeon said the restrictions were no longer needed or justified.

“So the strategic framework makes it clear that going forward, we will rely less on legally mandated measures to combat the virus and rely more on vaccines, treatments, reasonable accommodations and good public health behavior,” she said.

The compulsory vaccination passport scheme will end on Monday, February 28, and the legal requirement to wear face masks in certain indoor areas and on public transport should be the guideline from March 21.

Ms Sturgeon added: “However, we continue to strongly encourage the wearing of face masks in shops and other enclosed public places, as well as on public transport.”

Legal requirements for businesses and places of worship are also lifted on March 21st.

The passport scheme app will remain operational, allowing businesses to use it on a “voluntary basis to reassure customers.”

Ms Sturgeon said testing will continue to be a vital part of managing Covid, but indicated that there will be a shift from “massive asymptomatic testing of the entire population to a more targeted system focused on specific priorities.”

She said that a detailed plan for the future test and protection scheme would be laid out next month.

The First Minister said: “The only immediate change we are making to the current lateral flow testing measures for the general population is in our recommendations for testing frequency.

“Instead of advising to get tested before you go anywhere to mix with others, from Monday we will return to the advice to test at least twice a week, especially if you are going to a crowded place or interacting with someone. who are clinically vulnerable.

“Sidestream testing will remain free during the transition phase.

“Indeed, we think it is important – in line with the principle of free health care at the time of use – that they remain free under any circumstances in which the government recommends testing.

“This is a principle that we will strive to uphold in our long-term plan.”

Ms Sturgeon added: “I also want to highlight that in Scotland for now we will continue to ask those who test positive for Covid to isolate for the recommended period.

“And we will continue to provide lockdown support payments to those who qualify.

“Of course, we will keep the recommended lockdown period under review.”

The First Minister expressed her “disappointment” at the impact of the decisions in England on the resources available in Scotland for testing.

She said: “At this point we are not clear on how much of the Covid testing infrastructure the UK government intends to keep; there is no clarity on how much investment will support it in the future; and it is not clear whether the Treasury will provide additional resources to pay for it, or instead require funding to be taken from other sources of the health budget.”

She said that any significant dismantling of the testing infrastructure “would be unforgivable negligence given the threats Covid still poses to us.”

The new Covid structure is a broad system based on low, medium and high threat levels. According to the latter, people could be advised to limit social contact and work from home, while reintroducing “some temporary protective measures in high-risk settings.”

Colin Wilkinson, Managing Director of the Scottish Licensing Trade Association, said the move away from Covid passports “is good sense and fantastic news for the hospitality industry, especially in the overnight sector, where restrictions over the past two years have had such a major impact.” .

He added: “However, the legal requirement to wear a face covering in hotel establishments and other places for another month is not the kind of news we wanted to hear from the First Minister today at a time when our sector is in need of more positivity and reassurance – reassurance. in what will encourage customers to start leaving the house again and again.

“We are also far behind the rest of the UK in this process and this is confusing for visitors to Scotland from south of the border – visitors who will support our hospitality business.”

Andrew McRae, political chairman of the Scottish Small Business Federation, said: “The lifting of the remaining coronavirus-related regulations will take a load off the shoulders of the Scottish small business community.

“However, the hard work of stimulating the local economy must begin now. Ministers need to inspire confidence and also introduce vaccines.”

A spokesperson for the Scottish Night Time Industries Association said: “While we welcome the news that remaining restrictions such as Covid passports and the legal requirement to wear masks will be lifted in the coming weeks, the economic damage to the late night economy from twenty-four months of disproportionate restrictions will require years to recover from them.

“Now we must be given the opportunity to have a consistent and viable trade over the long term if businesses are to survive and the Scottish Government must now focus on ensuring a sustainable recovery.”

The latest daily data showed 6,427 new cases of the virus in Scotland, as well as 18 more deaths in the 28 days after testing positive.

Meanwhile, according to Ms. Sturgeon, 1,060 people are in the hospital, of which 25 are in intensive care.

The Scottish Conservative leader Douglas Ross welcomed the move from “total legal restrictions to an approach based on public health advice”.

He said: “The demise of the discredited vaccine passport scheme is especially welcome – and long overdue. There was never any evidence that this policy worked, but it resulted in huge costs and business inconvenience.

“In a statement, the First Minister said that her government is moving towards a system of representative sampling, abandoning mass testing. However, she has decided to start a fight with the UK government over the issue, just a few weeks before she plans to end testing anyway.”

Scottish Labor Deputy Leader Jackie Bailey called on the First Minister to commit to continued funding for testing as well as contact tracing “to protect the people of Scotland”.