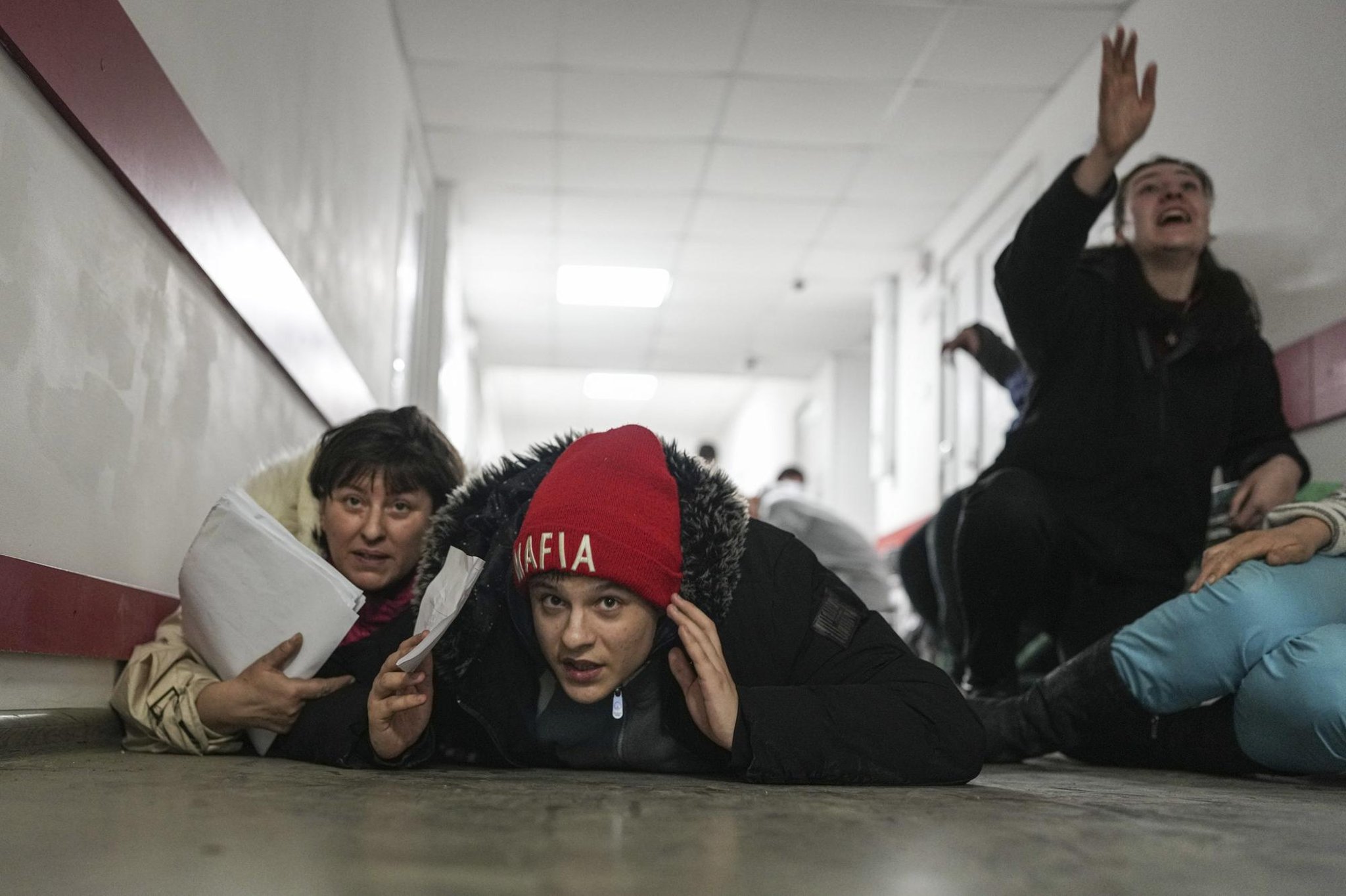 In a video call, he said that civilians in the city found themselves in “inhumane conditions, under constant shelling and constant bombing.”

Mr. Zelensky, speaking in a late-night video address to his nation Tuesday, accused Russian forces of blocking the aid convoy despite having agreed on a route ahead of time.

People lie on the floor of a hospital during shelling by Russian troops in Mariupol, Ukraine, Friday, March 4, 2022. (AP Photo/Evgeniy Maloletka)

“We are trying to organize stable humanitarian corridors for Mariupol residents, but almost all our attempts, unfortunately, are nullified by Russian occupiers, shelling or deliberate terror,” he said.

The Ukrainian leader also accused Vladimir Putin’s forces of capturing 15 rescue workers and humanitarian convoy drivers who were trying to deliver food and other supplies to the port city.

Ukraine-Russia: Ukraine is “on the verge” of surviving the war, President Volodymyr…

The Red Cross confirmed that a humanitarian aid convoy trying to reach Mariupol was unable to enter.

A senior US Department of Defense official, who spoke on condition of anonymity to assess the Pentagon, said Russian ships in the Sea of ​​Azov had added to the shelling of Mariupol.

The official said there were about seven Russian ships in the area, including a minesweeper and a couple of landing craft.

Mariupol’s local council said intense Russian air strikes were turning it into “the ashes of a dead earth” amid street fighting and bombing.

An estimated 80 percent of the city’s infrastructure was destroyed in the first four weeks of the war.

Airstrikes over the past week have destroyed a theater and an art school where many civilians were hiding.

Viktoria Totsen, 39, who fled the city for Poland, spoke about what life was like during the attacks before fleeing the devastated city to safety.

She said: “They have been bombing us for the last 20 days.

“For the past five days, planes have been flying over us every five seconds and dropping bombs everywhere – on residential buildings, kindergartens, art schools, everywhere.”

Deputy Prime Minister of Ukraine Iryna Vereshchuk confirmed that nine humanitarian corridors had been agreed, but added that no agreement had been reached with Russia on establishing a safe corridor from the center of Mariupol.

Mariupol, which had a population of more than 430,000 prior to the conflict, is an important port for Ukraine and is located in the stretch of land between Russia and Crimea.

According to the UN, the invasion has displaced more than 10 million people from their homes — almost a quarter of Ukraine’s population.

Thousands of civilians are believed to have died.

US President Joe Biden is due to travel to Europe for Thursday’s emergency NATO summit on Russia’s invasion and increasingly hostile attitude towards the West, where NATO members and other European allies are bolstering their defenses.