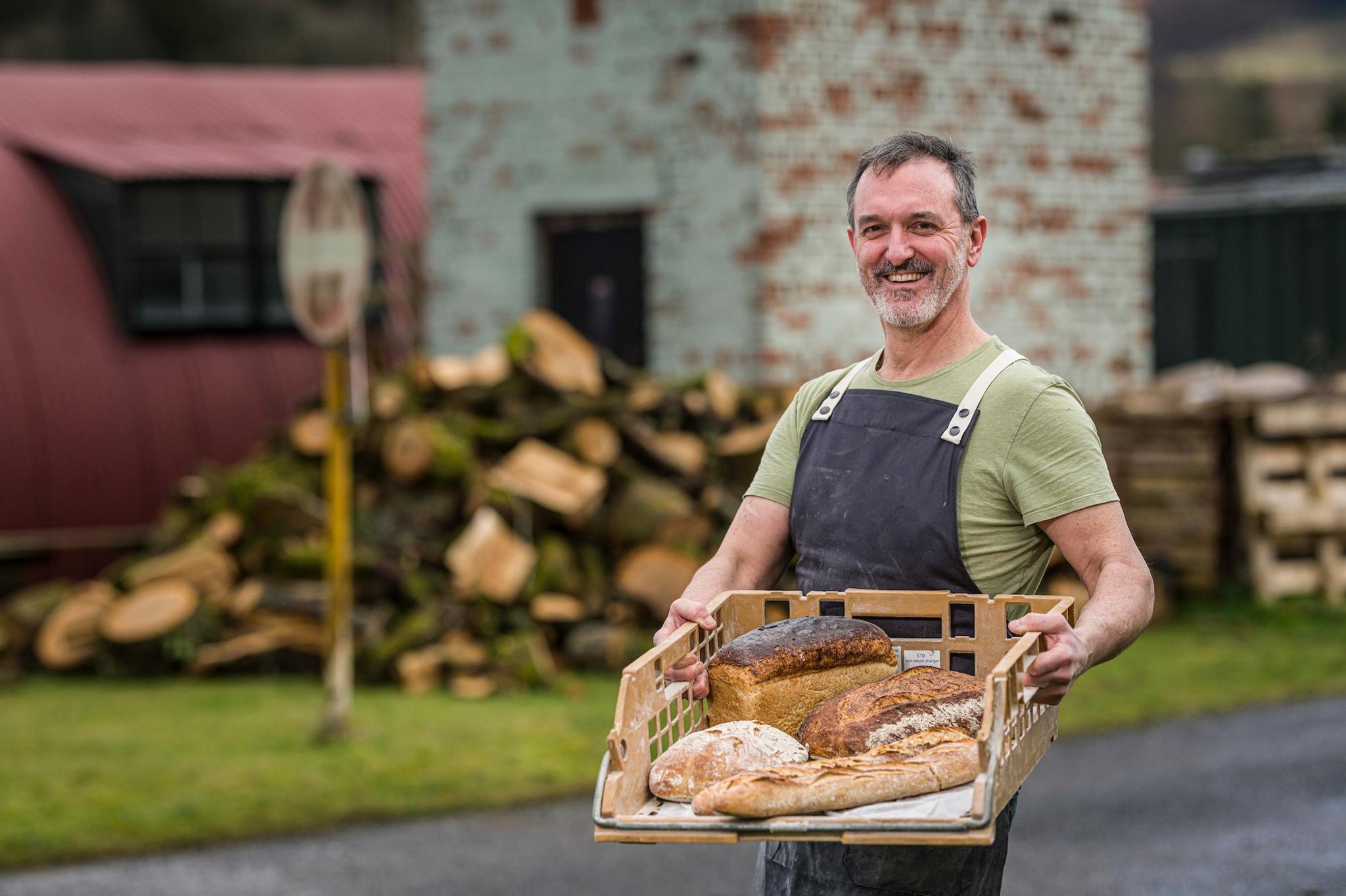 We all love sourdough or croissants, and Wild Hearth Bakery in Comrie makes great versions of both.

However, they are currently encouraging professional bakers to try Ukrainian bread.

It’s part of founder John Castleley’s Bake With Ukraine campaign, which he hopes will raise £100,000 for the British Red Cross. He was inspired by London authors and chefs Olya Hercules and Alisa Timoshkina, who created Cook for Ukraine. While their food fundraiser is more general and encourages people to prepare traditional Ukrainian and Eastern European dishes, Kasli’s version includes pastries instead. The recipes provided will be published and tested on his new website.

“Like all of us, most Ukrainian breads and pastries are new to me. But two stand out: makovnik (cake with poppy seeds) and paska (Easter or Easter bread). I grew up eating my Hungarian grandmother’s poppy seed roll, known as bagleys in Hungarian. It’s the same as a makivnik,” Kasli says. “I haven’t made it yet, but the pasca would top my list because it’s similar, though a lot less technologically advanced, than the beloved Italian panettone we’ve been baking at Wild Hearth for the past two years.”

He hopes that Bake With Ukraine participants will try these offers now, share their creations on social networks, sell their goods and earn money for charity. If he can find a publisher, the recipes could end up being a cookbook. For Kasli, being involved in this humanitarian crisis was a personal matter.

“It was not so much a decision as an imperative – I felt a mixture of deep sadness, anger and a desperate need to do something. Maybe it has something to do with the fact that my mother fled Hungary before the Russian invasion in 1944,” he says. “Her father, my grandfather, was a manufacturer and, as such, would have been one of the first to go up against the wall when the Russians were purging the bourgeoisie. It’s a very complicated story – ironically they escaped on a train bound for Auschwitz, but my grandfather was able to bribe the train driver to change course. The family spent four years in a refugee camp in Germany before emigrating to Australia in 1949.”

As part of this campaign, Kasli enlisted the support of others, including Tatyana Sinukhina of the Puhque bakery in Kharkiv. She currently bakes bread for Ukrainian soldiers and civilians in her basement bakery in the besieged city, and the couple maintain an email correspondence.

It is only the first days of the campaign so far and they have raised nearly £10,000 thanks to prescriptions and financial donations from countries as far away as the US, Spain, Israel and Ireland, among others. Kasli views achieving his goal as a long-term goal.

“Donation fatigue is a reality that we have to accept – after the first influx of donations from the public, to a large extent, governments should maintain financial support for Ukraine,” he says. “I will consider the call successful if we build long-term relationships with bakers in Ukraine and around the world, relationships that can help the people of Ukraine through the long process of recovery.”