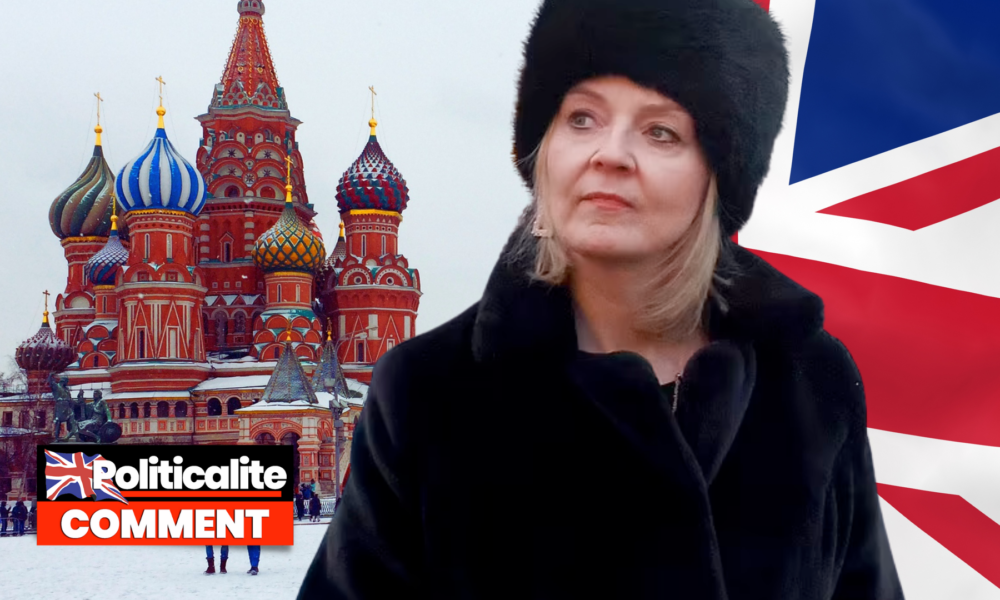 WESTERN allies must unite in the face of Russian aggression against Ukraine or it will embolden authoritarians and autocrats around the world, British Foreign Secretary Liz Truss has warned.

Speaking from Kiev, Ms Truss said the UK stands “shoulder to shoulder” with Ukraine in the face of Russia’s ongoing military buildup.

In her keynote speech, she said that Moscow still had time to “retreat from the abyss” and embark on the path of diplomacy.

“But we are quite sure that if they decide to continue the path of aggression, this will have huge consequences, which will bring Russia serious economic costs and pariah status.”

At the same time, however, she stated that even if Moscow nevertheless withdraws its forces concentrated on the border with Ukraine, “the problem will not disappear.”

She said that this was a “litmus test” for the West and that NATO allies now need to invest in defense and deterrence, as well as continue to modernize the alliance.

“The free world needs to draw a line under a decade of drift,” she said.

“If we delay, it will only spur the hooligans in their campaign against sovereignty and the right to self-determination.

“This is a litmus test for the West.

“We must confront and defuse Russian aggression now, because if we do not, it will cheer up not only the Kremlin, but aggressors, authoritarians and autocrats everywhere.

“We have an obligation to make the next 10 years better than the last.”

Ms Trouss said that the “specter of Russian aggression” has long hung over Eastern Europe, threatening the security and stability of the whole world.

Although Russia has not faced a threat from NATO or Ukraine, she said that “coming to terms with Russia’s illegitimate fears will not rid them of threats.” Instead, Russia would be bolder.”

She said the West needed to publicly refute Russian “lies”, such as claims that Ukraine’s “revolution of dignity” in 2014 was in fact a coup d’état.

“For years, Russia has built up its potential by violating its commitments and exploring our weaknesses,” she said.

“The West needs to wise up. We need to work together to discredit their arguments publicly.”

“We must use our intelligence strategically to challenge their narrative — as we did last month by exposing the Kremlin’s plan to install a pro-Russian leader in Kiev and exposing their military buildup on the border.”

Ms. Truss pointed to the example of China, expressing surprise that Beijing has joined Moscow.

She said that if China wants to be seen as a “responsible global player” it should urge the Kremlin to stop attacking Ukraine.

“Beijing is ramping up its assertiveness and expanding its military forces at breakneck speed.

They are violating the rule of law by setting up no-go zones in the South China Sea and conducting military flights near Taiwan,” she said.

“But China is not the same as Russia. They declare a policy of non-intervention.

“If China wants to be seen as a responsible global player, it must do everything it can to make Russia back down.”

“The world is watching to see if their actions contribute to peace and stability or foment aggression.”

Ms Truss called on the international community, including Russia and China, to reaffirm their commitment to arms control principles through “concrete measures” to reduce the risk of nuclear war.

At the same time, she said that Western allies must be prepared to accept the economic “pain” of imposing sanctions, including blocking the Nord Stream 2 gas pipeline from Russia, for the sake of long-term security.

“In dangerous times, we must act soberly,” she said.

“This includes a willingness to accept short-term pain for long-term gain, whether that be through tough sanctions or reducing strategic dependency by countering Nord Stream 2.

“This way we will ensure that the next ten years are not defined by danger and drift, but by strength and stability.”