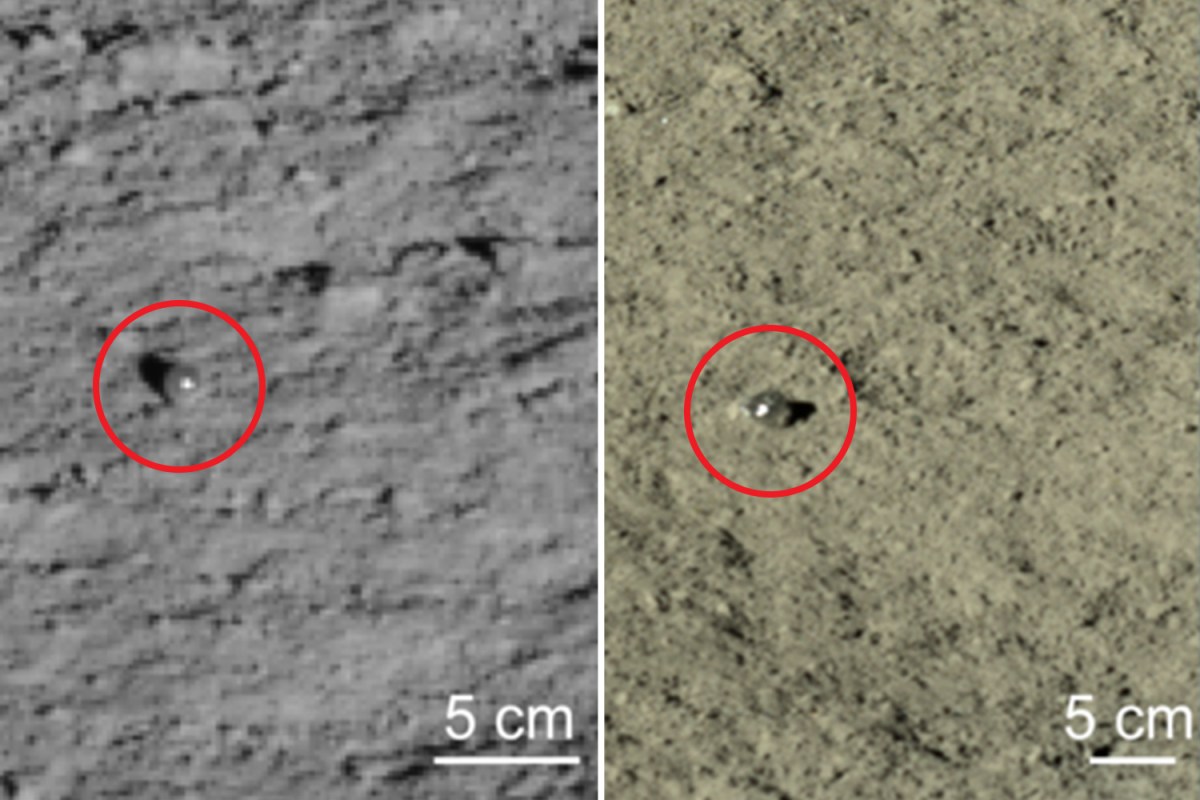 A Chinese lunar rover has discovered a couple of mysterious glass balls on the surface of the moon.

The translucent spheres are up to four centimeters in diameter and were captured by the Yutu-2 panoramic camera.

Strange objects are located on the far side of the Moon, which Yutu-2 has been exploring since 2019, according to a study released Tuesday.

Unfortunately, the washing machine-sized robot was unable to analyze the chemical composition of the spherules.

They have been chosen as targets for further study as they may help shed light on the Moon’s early history.

Small glass spheres are relatively common on the Moon, although they are usually less than three millimeters in diameter.

They form when silicate material is exposed to very high temperatures, both readily available on the Moon.

As a rule, the balls are the remains of the time when the Moon was volcanically active, or formed as a result of meteorite impacts.

The intense heat generated by the latter was most likely the cause of the orbs found by Yutu-2.

“Transparent and translucent glasses on the Moon are less than 1 mm in diameter, while larger ones are dark and opaque,” the researchers wrote.

“Globules formed or exposed recently, as evidenced by their intact shape and surface exposure.”

Further study of the balls may reveal new information about the composition of the Moon’s mantle and impact events.

Yutu 2 has covered a full kilometer since landing on the far side of the moon in early 2019.

On January 11, he celebrated three years of exploration of the far side of the rocky moon – the first ever rover.

This is not the first curious discovery made by Yutu-2.

In December, China’s space agency shared an image of a “mysterious house” taken by a rover on the far side of the lunar surface.

A cube-shaped object protruded from the lunar horizon near the von Karman crater in the South Pole-Aitken Basin.

Scholars could not agree on what it was, while internet conspiracy theorists were adamant that it was an alien-built structure.

It took Yutu-2 several weeks to get close to the object and take a better image. In the end, the experts came to the conclusion that it was a strangely shaped rock.

In other news, a Briton spoke of her horror after scammers used photos of a ‘silver fox’ politician to swindle her out of £80,000.

Norfolk County Council is suing Apple because it says iPhone sales were misleading.

The creators of the chilling new horror game say the title is so disturbing that they were forced to censor it on PlayStation.

And Apple has announced updates to AirTags following claims that coin-sized tracking devices are being used to stalk people.