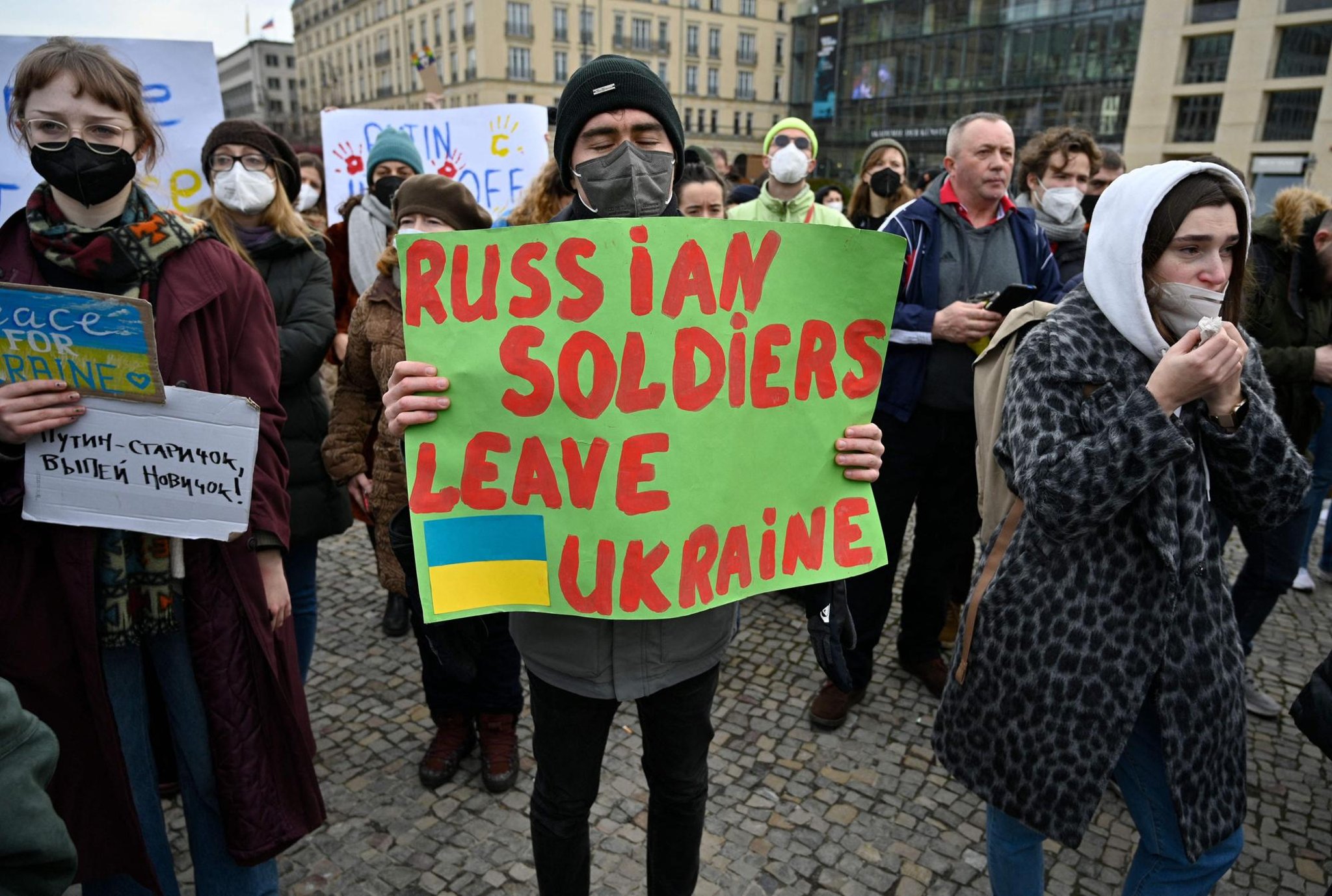 If Russia is opposed to the Western powers in this, does she have any allies of her own to count on?

Russia and China have a long history of close ties to each other, but how does China feel about invading Ukraine?

A man holds a banner reading “Russian soldiers leave Ukraine” during a protest against Russia’s invasion of Ukraine in front of the Brandenburg Gate in Berlin. Photo: JOHN MACDOUGALL/AFP via Getty Images.

Here’s what we know so far.

Is China an ally of Russia?

It’s not an easy question to answer, but earlier this month, Russian President Vladimir Putin met with Chinese leader Xi Jinping in Beijing.

A Ukrainian military vehicle drives through the center of Kiev on February 24, 2022. Air raid sirens wailed in central Kiev today as cities across Ukraine came under strikes that Ukrainian officials said were Russian rockets and artillery. Photo: Daniel LEAL / AFP.

The two countries supported each other in opposing NATO expansion into the countries of the former Soviet Union, which, in the first place, provoked the current conflict in Ukraine.

Thus, China and Russia are united against the Western powers, especially the United States and NATO, but this alliance is not unconditional or permanent.

The two countries have a long history of working together, especially when the opportunity arises to oppose the United States.

How does China feel about Ukraine?

Unlike other world powers such as the UK and the US, China has not yet criticized Russia’s invasion of Ukraine.

However, Chinese Foreign Minister Wang Yi said that the sovereignty and territorial integrity of each country “should be respected and protected” and that “Ukraine is no exception.”

Wang went on to say that “China is concerned about the evolution of the situation in Ukraine.”

China remains relatively balanced between the West and Russia, having not recognized the previous Russian annexation of Crimea.

Will China join the war with Russia?

While China has strong ties to Russia, important ties to Ukraine must also be considered.

For example, Ukraine’s main trading partner is China, which buys a large amount of military equipment.

In addition, Ukraine was an important part of China’s Belt and Road Initiative, which seeks to build a modern version of the Silk Road that once linked East Asia and Europe.

However, in a joint statement on February 4, China joined Russia in opposing “further NATO expansion” and calling on “the North Atlantic Alliance to abandon its ideological Cold War approaches.”

At the Munich Security Conference over the weekend, Wang said:

“NATO was a product of the Cold War era and now we need to look at the current situation and it needs to adapt.

“I believe this is an issue that our friends in Europe should seriously consider.”

This suggests that China agrees with Russia’s position on NATO, but not necessarily that China will go to war over it.

Without a clear statement condemning or supporting Russia’s invasion of Ukraine, it’s hard to predict what China will do next.

It is believed that China will closely monitor the Western reaction to Russia’s invasion of Ukraine to see how other powers will react if China invades Taiwan.

Just as Russia built up troops and equipment on its borders with Ukraine before the invasion, China has also sent military aircraft and conducted military exercises in the hope of intimidating Taiwan.

Since the US supplies Taiwan with arms and military equipment, the country has a legal obligation to treat threats to the island as a “serious concern”, although this does not require military intervention.