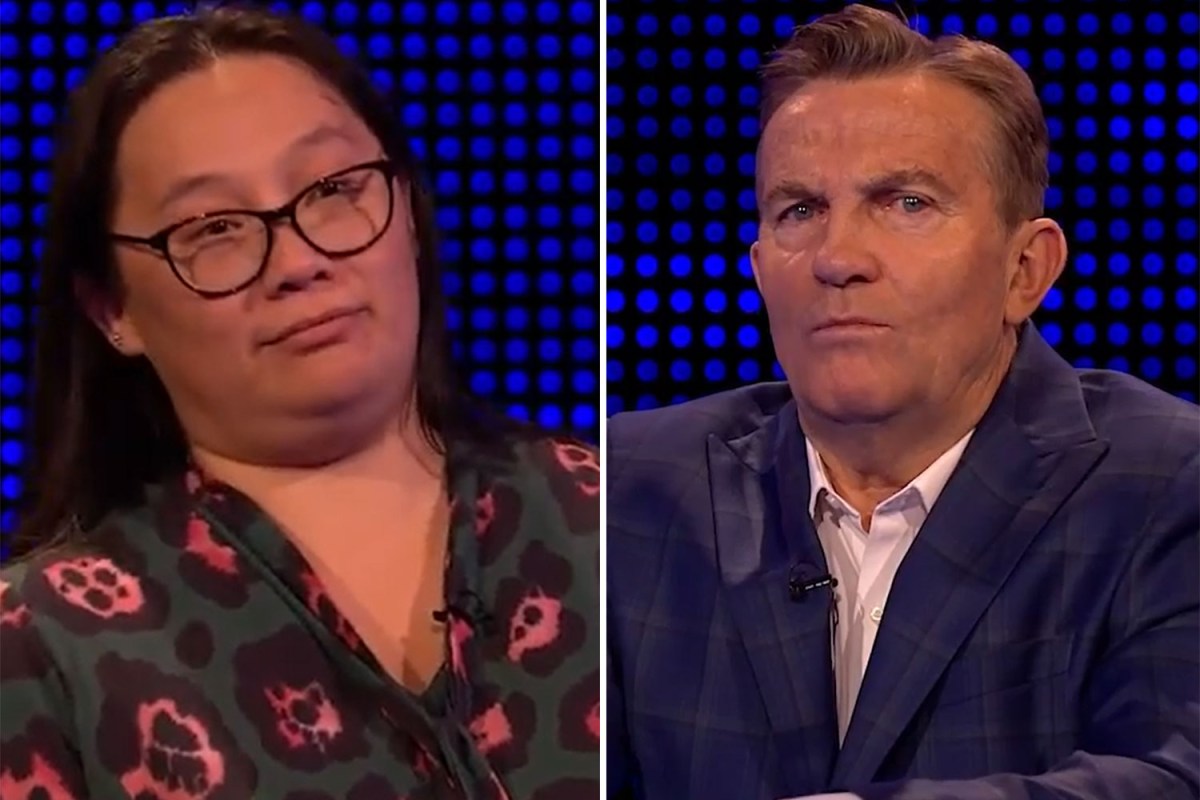 The Chase host Bradley Walsh left fans in shock after savagely punching a player, telling her to “get help”.

The TV presenter hit back at the contestant after she admitted that she was a big fan of quests and horror.

Bradley, 61, took a brutal hit as contestant Amanda admitted she “loves, loves, loves to run out of rooms” in her spare time.

Chase’s challenger told the host, “I love, love, love going on quests – the next one I want to do is a Halloween train.

“It’s a trap in the zombie room, the train gets longer as the escape room goes on and the zombies can kind of grab you when you’re trying to solve the puzzles.”

Bradley’s eyebrows were seen to be raised as Amanda tried to reassure him that this activity was “more fun than it looks.”

“If you win some money today, what are you going to do with it today other than ask for help?” the owner jokingly hit her.

“My other big passion is Star Wars, I have a couple of tattoos,” the contestant revealed before meeting The Chaser.

Facing Paul “The Sinner” Sinha, Amanda managed to amass an incredible £8,000 in prize money as she made her way to the podium.

It comes days after ITV game show viewers were left in shock after a contestant showed off a VERY unusual hobby – and even Bradley couldn’t keep a straight face.

Bradley asked Kat from Lanarkshire to tell him and the audience a little more about herself, and she talked about her unusual hobby.

She told Bradley that she loves doing spirography when she has free time, but the host replied, “What?”

A spirograph is a geometric drawing device that can be used to create detailed spiral drawings for coloring and display.

Cat said, “If you remember, they were pretty big in the 80s,” and Bradley replied that he remembered the retro toy.

The participant then added, “I make large ones, like up to A2. So I love doing it.”

Kat ended up with £9,000 in prize money after coming face to face with Paul Sinha, but many viewers were still focused on her unusual hobby.