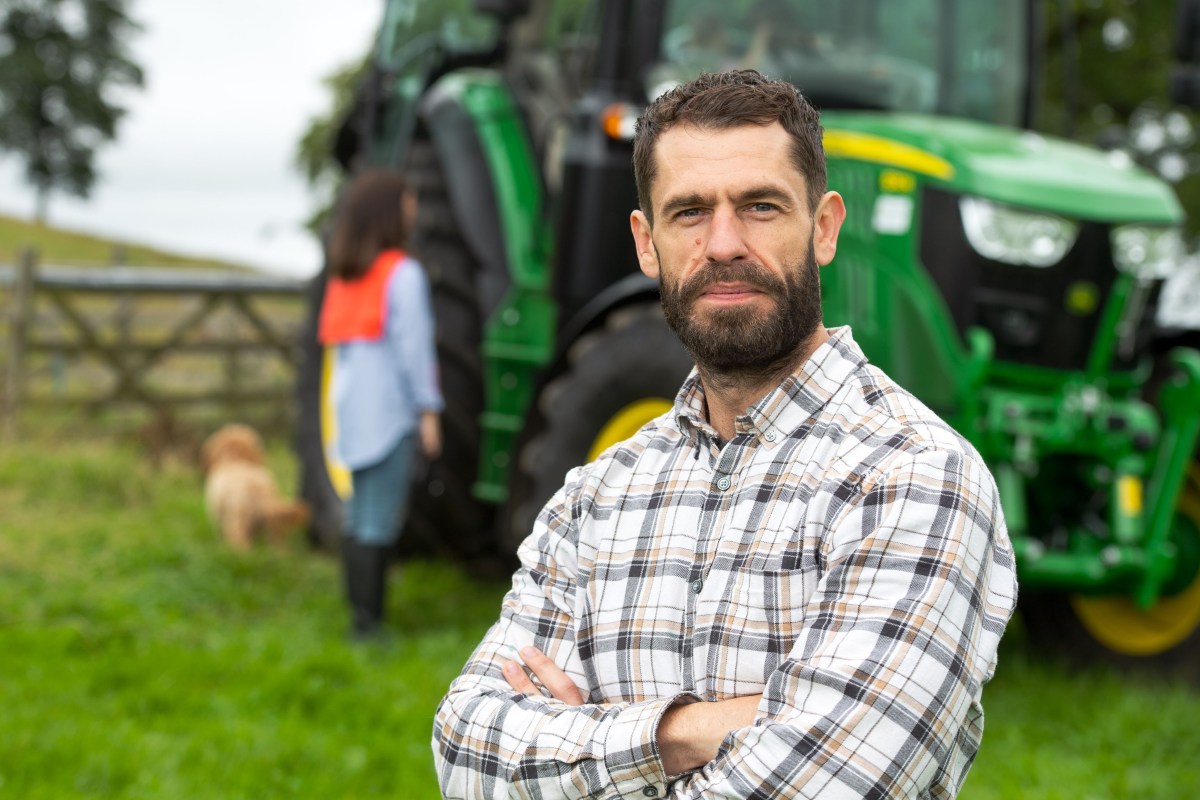 CALVIN Fletcher pissed off Emmerdale fans with an emotional nod to soap in his big farming adventure.

The soap opera star, who has traded urban life for farming, compared his Lancashire farm to the sets he worked on while filming the ITV soap.

In Monday’s edition, Kelvin, 38, held his first village holiday, but before it could take place, the village had to prepare for it and called a meeting to discuss what needed to be done.

The Oldham family was excited to host a village event on their farm in preparation for welcoming the residents.

The soap opera star was in awe of the community spirit and Kelvin couldn’t help but compare his picturesque farm to some of the locations he worked on during his time on the hit ITV series.

The Dancing with the Stars winner was fascinated by the scenery and told his wife, Elizabeth Marsland, “It’s like a bunch of small villages.”

The TV star, who played Andy Sugden on the show, spoke about how the summer event reminded him of his acting days before his departure in 2016.

He continued, “You know what this place reminds me of right now? Emmerdale, because we’ve done scenes like this before.

“I remember filming and thinking, ‘Is this what people in the countryside really do? Is this what their little events are like?” And now I’ve become them!”

Fans were thrilled to hear Kelvin mention ITV soaps, one of whom wrote: “Kelvin talking about his time in Emmerdale warms my heart. #BigFarmingAdventure.

Another wrote: “Kelvin was a brilliant actor in Emmerdale, he should be back! But he clearly loves the life of a real farmer.”

A third wrote: “I can’t believe Kelvin is a real farmer after playing one of these for so many years, he’s doing a great job. It’s so nice to hear him talk about his time on the show.”

It came after Calvin hit back after fans accused him of “ripping off” Jeremy Clarkson’s farm with his new TV show.

The soap opera star switched from urban life to farming in 2020 and was followed by BBC cameras during his farming journey.

However, viewers were taken aback by the deja vu moment and speculated that Calvin’s new show was very similar to Jeremy’s Amazon Prime hit streak.

The actor now defends his show from criticism, insisting it is “different” from the popular show created by former Top Gear host Jeremy, 61.

Speaking on the Netmums Sweat, Snot & Tears podcast, Kelvin, 38, explained that they had already started filming when the successful Amazon series debuted.

“I think it’s a little unfair,” he said of the comparison. “There are a number of such shows – I can immediately think of half a dozen.

“So the comparison solely to Clarkson is, I think, a bit of a coincidence. As people can see, it’s a completely different show.”

Kelvin further explained their filming schedule: “We had been filming for three months when Clarkson’s film came out.

“So, assuming we’ve already received, and we’ve received a lot of suggestions, that we’ve just copied or copied it – don’t forget that the development process will probably take three to four months.

“There’s a pitching process, a booking process, we had three months before filming, and then Clarkson came in over the summer.”

Despite the competition, Kelvin insisted that they were also “fans” of Jeremy’s show, adding, “We love the show, we watched it avidly.”