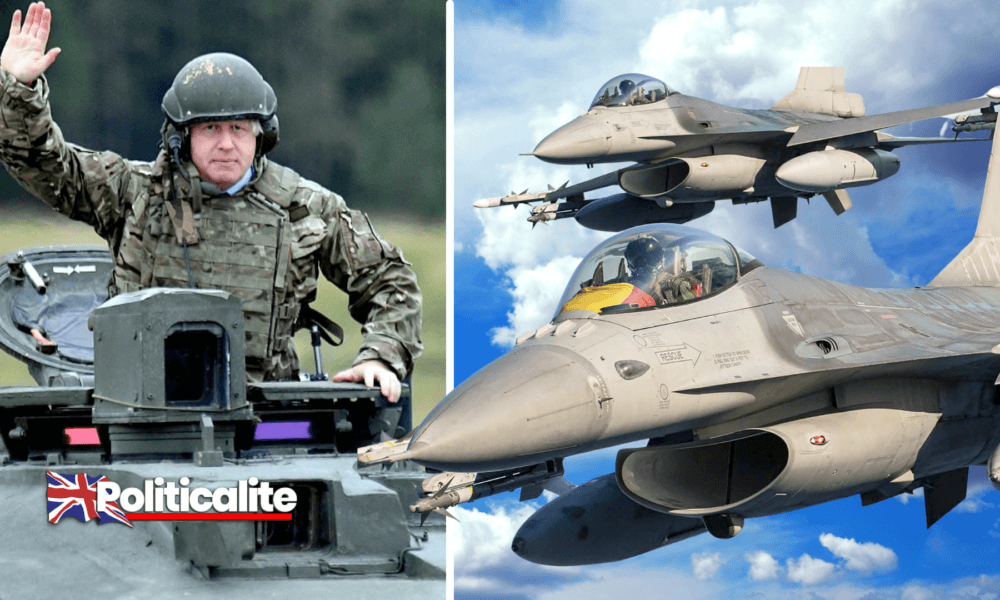 Prime Minister Boris Johnson said that a sovereign Ukraine asks for nothing but peace and its own decisions, since every sovereign country has the right to do so.

In his keynote speech at the Ukraine in Munich conference, the Prime Minister, who played a leading role in the European crisis that propelled Britain onto the world stage despite Brexit, echoed the Churchillian atmosphere.

“Their security is our security, and we are committed to ensuring that it is not compromised.”

In a conversation with the Ukrainian president, a former television comedian, Johnson added that Russia’s invasion of Ukraine would lead to the “destruction of the democratic state” as he called for unity in the West in response to any attack.

He said intelligence shows a conflict between Moscow and Kiev looks “increasingly likely” as he promised to prevent money laundering linked to the Kremlin through the City of London.

The international shock of the Russian attack “will reverberate around the world” as the UK urged Moscow to start negotiations to avert conflict, he said.

Mr. Johnson, who visited Kiev two weeks ago, warned that an incursion by 150,000 Russian troops amassed on the border would spark “a generation of bloodshed and suffering” and Ukrainians would likely struggle to regain their freedom.

“When I speak to you today, we don’t fully know what (Russian) President Putin intends, but the omens are grim, and so we must stick together,” he said at the summit.

“I believe that Russia will gain absolutely nothing from this disastrous adventure, but will lose everything.

“And while there is still time, I call on the Kremlin to de-escalate, withdraw its forces from the border and resume our dialogue.”

Germany sounded the alarm after US President Joe Biden said Washington had reason to believe that Russian forces “intend to attack” Ukraine in the coming days, including on the capital Kiev, a city of 2.8 million people.

HE MADE A CALL

Biden said at a White House press briefing on Friday that he was “convinced” that Putin had “made the decision” to move his troops across the border after saying for weeks that he thought the Russian leader was undecided.

In Munich, Mr Johnson said Russia must “fail” if diplomacy fails to keep the peace.

Britain’s commitment to making Moscow pay for any military prosecution would include making it “impossible” for Russian oligarchs and companies linked to the Russian state to raise funds in London, Mr Johnson said.

“We will open the nesting dolls of Russian companies and legal entities to find the ultimate beneficiaries inside them,” he promised, promising to cleanse Britain of the so-called “dirty” Russian money.

Mr Johnson is due to meet with fellow leaders, including German Chancellor Olaf Scholz, after his speech to discuss border tensions with Ukraine.

It comes after the UK decided to “temporarily” move its embassy in the Ukrainian capital to Lviv, near the border with Poland, as fears grow of a Kremlin-ordered offensive.

While the West is using the Munich summit to send a signal to Moscow, Putin should have been watching Russian troops flex their military muscle during a massive nuclear exercise.

He has pledged to defend Russia’s national interests against what he sees as encroachment on Western threats.

But the prime minister said Mr Putin was only to blame for NATO forces being deployed on the alliance’s eastern flank and closer to the Russian border, citing “the tension he created.”

In the West, there is fear that growing instability in eastern Ukraine, where government forces have been fighting pro-Russian rebels since 2014 in a conflict that has killed some 14,000 people, could escalate into a larger war.

A long-smoldering separatist conflict could spark a wider attack as London and Washington increase the likelihood that Russia will use a false flag operation to cover up the offensive.

Denis Pushilin, head of the pro-Russian separatist government in the Donetsk region, released a statement on Saturday announcing the full mobilization of troops and urging reservists to report to military enlistment offices.
A similar statement soon followed from the leader of the separatists of the Luhansk region, Leonid Pasechnik.

The announcements come as a massive evacuation of women, children and the elderly from rebel-held territories in two regions to neighboring Russia began, in what some commentators say is part of Moscow’s effort to portray Ukraine as the aggressor.

Friday saw an increase in violence, including a humanitarian aid convoy hit by artillery fire and a car bombing in rebel-held Donetsk near the main government building, and two explosions in rebel-held Luhansk.