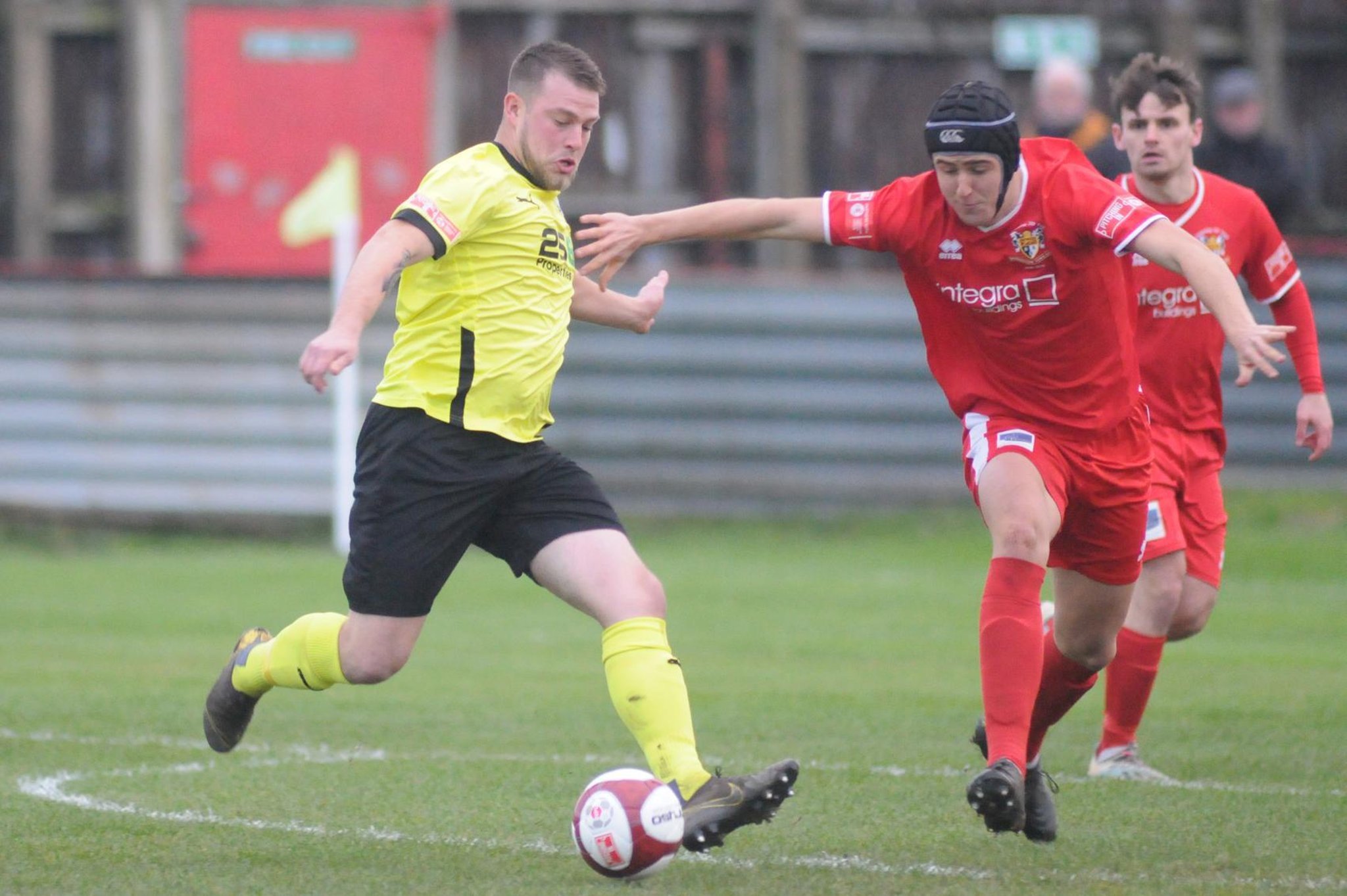 Jazz Goundry (right) returned to Bridlington Town on loan from Grimsby Town until the end of the season.

The Seasiders lost two goals in the second half against fellow NPL East Frikley last weekend on what Agnew called “the worst field he’s ever seen at this level of football.”

But Brid’s boss admitted that his team played into the hands of Frikley and showed another game below par.

He said: “It was a terrible game as both sides were very bad.

The pitch at Freakley levels out, it’s the worst pitch I’ve ever seen at this level of football.

“It must be hard for the Freakley players and coaches to show up every two weeks and try to play football on this surface.

“But we can’t blame the pitch alone because we didn’t do the basics that day properly.

“A month away really cost us as we lost all the momentum we had after playing well against some top teams, it’s no coincidence that we were poor in both matches after returning.

Pete Davidson is challenged by Louis Beckett in a pre-season friendly against Hull City U23s. Beckett is now a teammate of Davidson after he signed with the Tigers on loan.

“We need to put this game behind us very quickly and focus on Saturday’s game at Liversedge as we owe it to them that we should have won all three of them.”

The Seasiders went 2-0 up against title contenders Liversedge in Queensgate in their clash last month with only 10 minutes to go, but an 81st-minute goal and an injury-time equalizer robbed Town of decisive three-point shot.

Agnew said: “It’s going to be a tough game against Liversedge but the guys now have to look at these seven games we have left and try to get the two wins we need to stay up as soon as possible.

“Games with Pickering, Ossett and Sheffield are likely our best chances but we need to start using those chances against the teams next to us in the drop zone. Saturday was another great chance to get out of the relegation zone and we missed again.”

The boss said: “Ollie was our best player on Saturday, his set pieces were excellent and he had very good ball control.

“He always wanted to lead us forward and made great passes.”

The Seasiders also got a huge boost from the return of Jazz Goundry on loan from Grimsby Town for the remainder of the season.

Agnew said: “It’s great news to have the Jazz back as he will go straight to Saturday’s game as Nathan Hotte is unavailable.

“The Jazz can give us a big boost towards the last seven games of the season.

“It was also great to see that Pete Davidson played the full 90 minutes on Saturday, he could be an important player for us against teams like Liversedge.