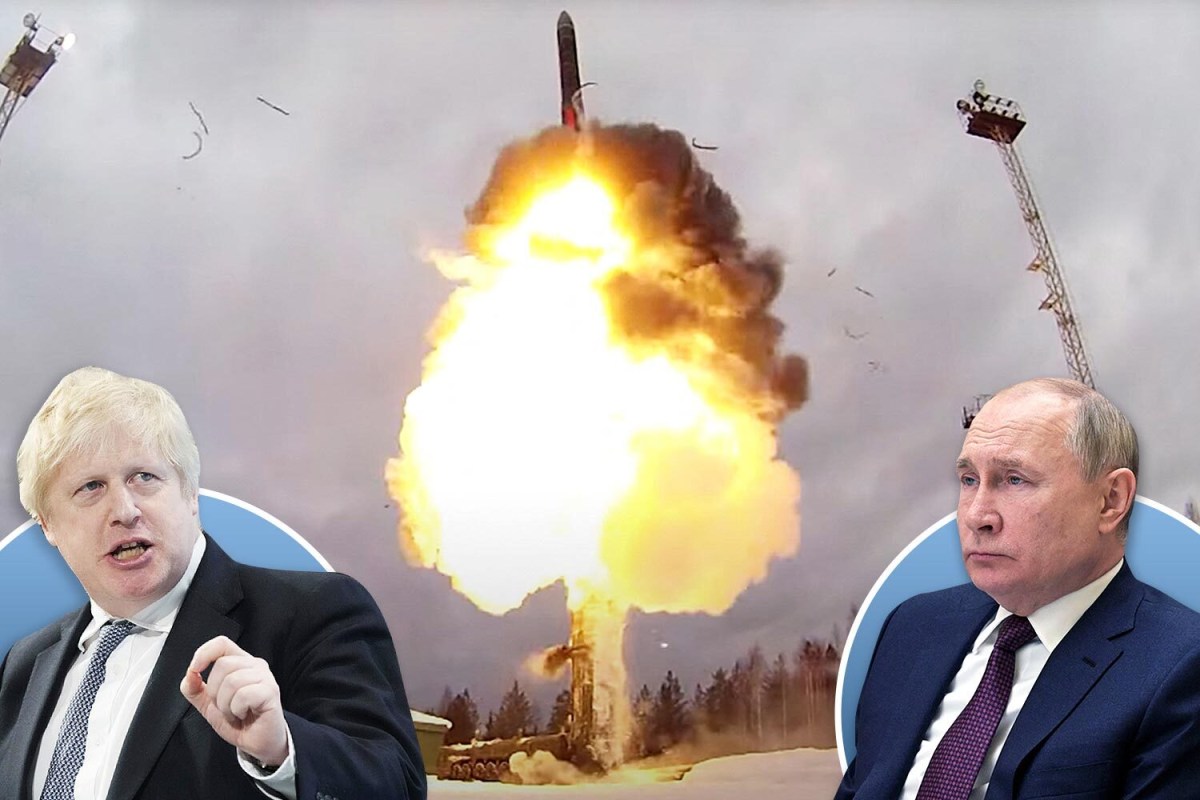 BORIS Johnson warned Vladimir Putin yesterday that he would face decades of “bloodshed and suffering” if his forces invaded Ukraine.

The prime minister said a full-scale Russian attack would “reverberate around the world” – with disastrous consequences.

He predicted that this would force the Kremlin boss to get bogged down in disastrous sanctions and wage a “long and terrible” war.

Mr. Johnson hammered in the blunt message as President Putin personally oversaw a missile exercise near the border with Ukraine.

In a powerful speech to Western leaders, the prime minister warned that Russia’s military build-up created “extreme danger to the world.”

At a security conference in Munich, he said that “dark omens” spoke of the possibility of an invasion in the next few days. And he rallied the Western partners to stay united against the threat, because the stakes couldn’t be higher.

The shockwaves of the invasion will cause other tyrants to conclude that “aggression pays off,” he added. Mr. Johnson said: “If Ukraine is suppressed, we will witness the destruction of a democratic state, a country that has been free for a generation, with a proud history of elections.

“Every time Western ministers came to Kiev, we assured the people of Ukraine and their leaders that we were standing on all fours for their sovereignty and independence.

“How empty, how meaningless, how insulting these words would have seemed if – at the very moment when their sovereignty and independence were threatened – we had simply looked away.” As he spoke, Putin was demonstrating military force by conducting nuclear exercises.

He personally led a very provocative exercise of nuclear forces with practical launches of intercontinental ballistic and cruise missiles.

Putin’s ally, Belarusian President Alexander Lukashenko, joined him in the Kremlin’s situation room as he ordered a MiG fighter jet armed with a hypersonic missile to be sent over the Mediterranean.

Western countries have warned that Russia could invade Ukraine at any moment – more than 190,000 of its troops plus about 10,000 from the puppet state of Belarus are concentrated near the border.

Putin has been accused of trying to stage a fake crisis in Russia’s breakaway eastern region of Ukraine to provide a bogus pretext for an attack. But Mr. Johnson said that President Putin and his entourage are “seriously considering” the challenge ahead if they try to invade.

A generation of bloodshed and misery

He said: “I fear that the lightning war will be followed by a long and terrible period of repression, revenge and rebellion.

“Russian parents would mourn the loss of young Russian soldiers who, in their own way, are as innocent as the Ukrainians who are now preparing to attack.

“And if the Ukraine is taken over by brute force, I don’t understand how a country covering almost a quarter of a million square miles – the largest country in Europe, apart from Russia itself – can be oppressed and enslaved forever.

“After a generation of freedom, we are now witnessing a generation of bloodshed and suffering. I believe that Russia will gain absolutely nothing from this catastrophic adventure and will lose everything.

“And while there is still time, I call on the Kremlin to de-escalate, withdraw its forces from the border and resume our dialogue.” Meanwhile, top-notch troops in Ukraine have stepped up their beach patrols to defend against a dreaded D-Day-style attack from a powerful neighbor.

Last week, a fleet of Russian landing craft capable of dropping tanks and troops was spotted, heightening fears of an attack.

At least 13 ships were concentrated in the Black Sea with the support of missile cruisers and submarines.

On Sunday, The Sun joined an elite Ukrainian force in an amphibious armored personnel carrier as they roared along a beach near the port city of Odessa.

Commander Colonel Vitaly Gulyaev said: “We are ready for anything. Putin has 13 landing craft, enough to move two brigades. But I promise he won’t be able to get inside. We know where it can land and we’re going to make it harder.”

Russia has long resisted the former Soviet republic of Ukraine’s aspirations for NATO membership, seeing the eastward expansion of the military alliance as a threat.

She said Ukraine had already made enough concessions to the Kremlin and was opposed to giving up its sovereignty or offering any rewards to Russia for its aggressive behavior.