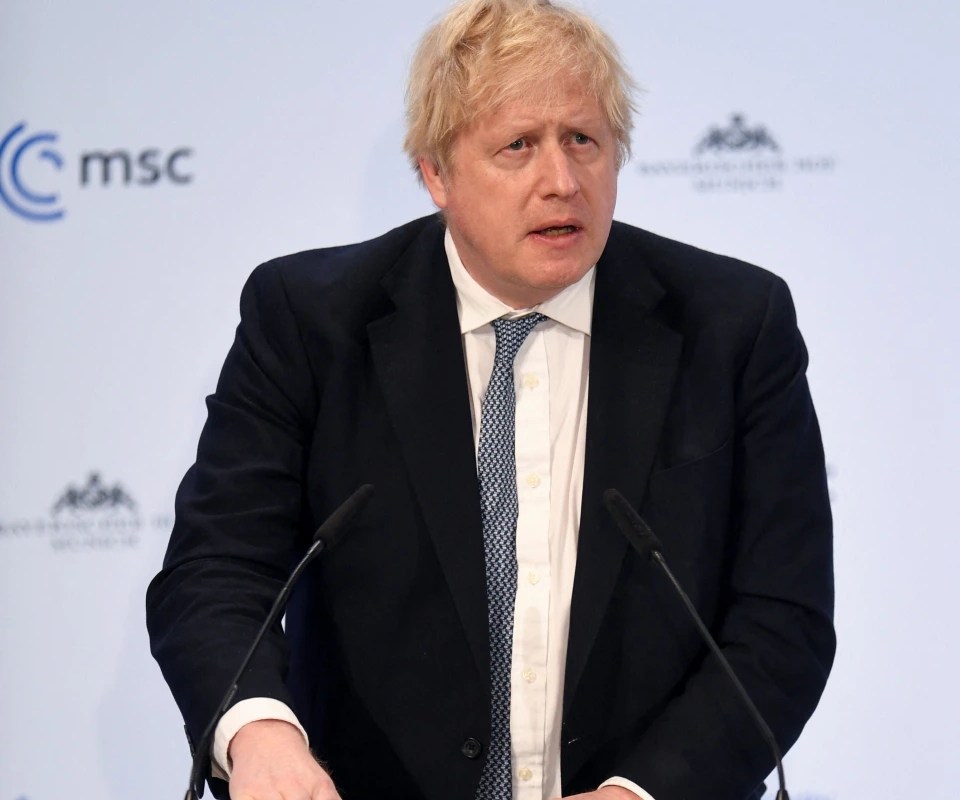 Tonight, the Russian leader signed a decree recognizing the independence of separatist regions in eastern Ukraine, paving the way for military support for them.

The move also sparked threats of new sanctions from the US and Europe and further fueled fears that Russia could incur an imminent invasion of Ukraine.

Tonight, Johnson spoke with Ukrainian President Volodymyr Zelensky to assure Britain of continued support in the face of Russian aggression.

And he will use Tuesday’s Cobra meeting, which is scheduled for 6:30 am, to “coordinate the UK’s response”, including agreeing on a “significant package of sanctions to be implemented immediately,” spokesman No. 10 said.

They warned that the prime minister believed an invasion was “really possible in the coming hours and days.”

And they added: “The Prime Minister strongly condemned the Kremlin’s decision today to recognize Lugansk and Donetsk as independent states and said that this step rendered the Minsk agreements and the process unworkable.”

This comes after Foreign Secretary Liz Truss said the UK would announce new sanctions against Russia on Tuesday “in response to their violation of international law and encroachment on the sovereignty and territorial integrity of Ukraine.”

Putin has now reportedly sent his troops to Ukraine on a “peacekeeping mission” after recognizing the regions as independent states.

According to the decree he signed, the head of the Kremlin ordered his defense ministry to send Russian peacekeepers to the separatist regions.

Moscow did not give a date for any deployment, with the order saying it “comes into force from the date of signing.”

Meanwhile, in today’s televised address to the Russian people, Putin spoke with frightening vehemence about Ukraine’s place in Russia’s orbit, suggesting that his ambitions could stretch to the point of complete absorption.

The former KGB officer said Russia was “robbed” when the Soviet Union collapsed in 1991, and the collapse of the bloc was a “geopolitical disaster.”

THIS IS A DEVELOPING STORY…

The Sun is your gateway to the best celebrity news, football news, real stories, amazing photos and must-see videos.