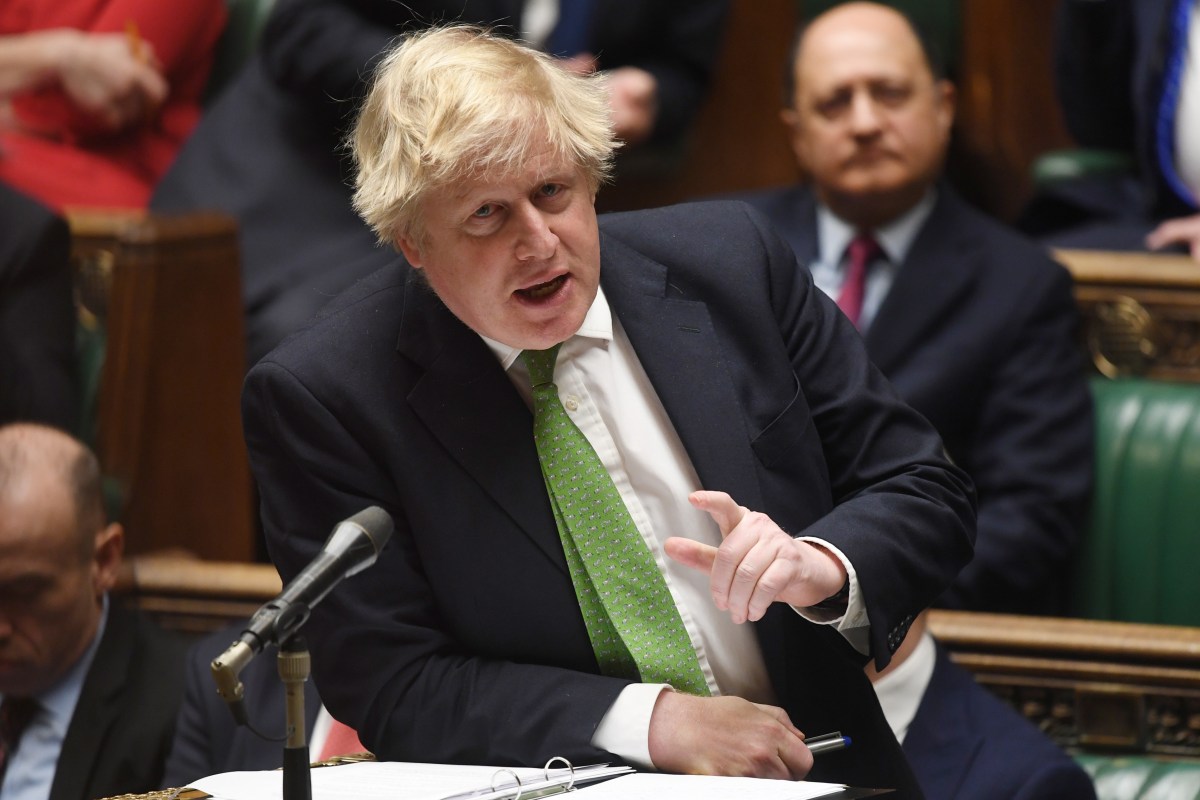 BORIS Johnson will host a Cobra meeting overnight about the “terrible attacks” in Ukraine.

The prime minister warned that Vladimir Putin had chosen a “bloody path” after declaring war on a sovereign state.

Mr. Johnson will hold an emergency meeting at 7:30 am after the invasion begins.

Shortly before 5 a.m., he tweeted: “I am shocked by the terrible events in Ukraine and I spoke with President Zelensky to discuss next steps.

“President Putin chose the path of bloodshed and destruction by launching an unprovoked attack on Ukraine.

“The UK and our allies will respond strongly.”

Russia fired a rocket salvo into Ukraine as 200,000 Putin soldiers launched a long-awaited invasion of the country.

Kiev has been rocked by several explosions, with dramatic footage showing fire rising from buildings and loud explosions echoing back and forth.

The Ministry of Internal Affairs of Ukraine has reported hundreds of casualties as martial law was introduced in the country.

Ministry adviser Anton Gerashchenko said that Russian troops had landed in Odessa and were advancing separately to Kharkov.

According to unconfirmed reports and photographs of the wreckage near Kiev, a Russian drone was shot down.

The lights in the capital went out at 6:30 am, and seven minutes later a powerful explosion was heard nearby.

At 7:05 a.m., sirens wailed for the first time in the capital as frightened locals prepared for the bomb to go off.

Access to the Black and Azov Seas was blocked after a report was received of an amphibious landing from a tanker and a helicopter near the southern port of Odessa.

There will also be a meeting of G7 leaders today, President Joe Biden confirmed.

“President Putin has chosen a deliberate war that will bring catastrophic loss of life and human suffering,” Biden said.

“Russia alone is responsible for the death and destruction this attack will bring, and the United States and its allies and partners will respond in a united and decisive manner.

This came after he recognized the two regions as a controversial move that he insisted was to protect them from “Ukrainian aggression.”

He also made a rambling speech on Russian television blaming NATO for the current crisis and claiming that Kiev was building “weapons of mass destruction.”

He warned last night that any foreign powers that intervene would face “untold consequences.”

Meanwhile, Ukraine called on its people to take up arms, and one of its deputies warned Russian soldiers that they would “die like dogs” if they invaded.

Ukraine has now declared a 30-day state of emergency, fearing that the country’s second city, Kharkiv, will be next on Putin’s radar.

The Minister of National Security and Defense of the country, Alexei Danilov, said that this measure would allow the introduction of martial law and curfew at night.

Other restrictions may include checkpoints, road closures, airport closures, and confiscation of property if the security situation deteriorates.

One of the Ukrainian MPs also issued a chilling warning to the Russian military, saying: “Welcome to hell… you will die here.”