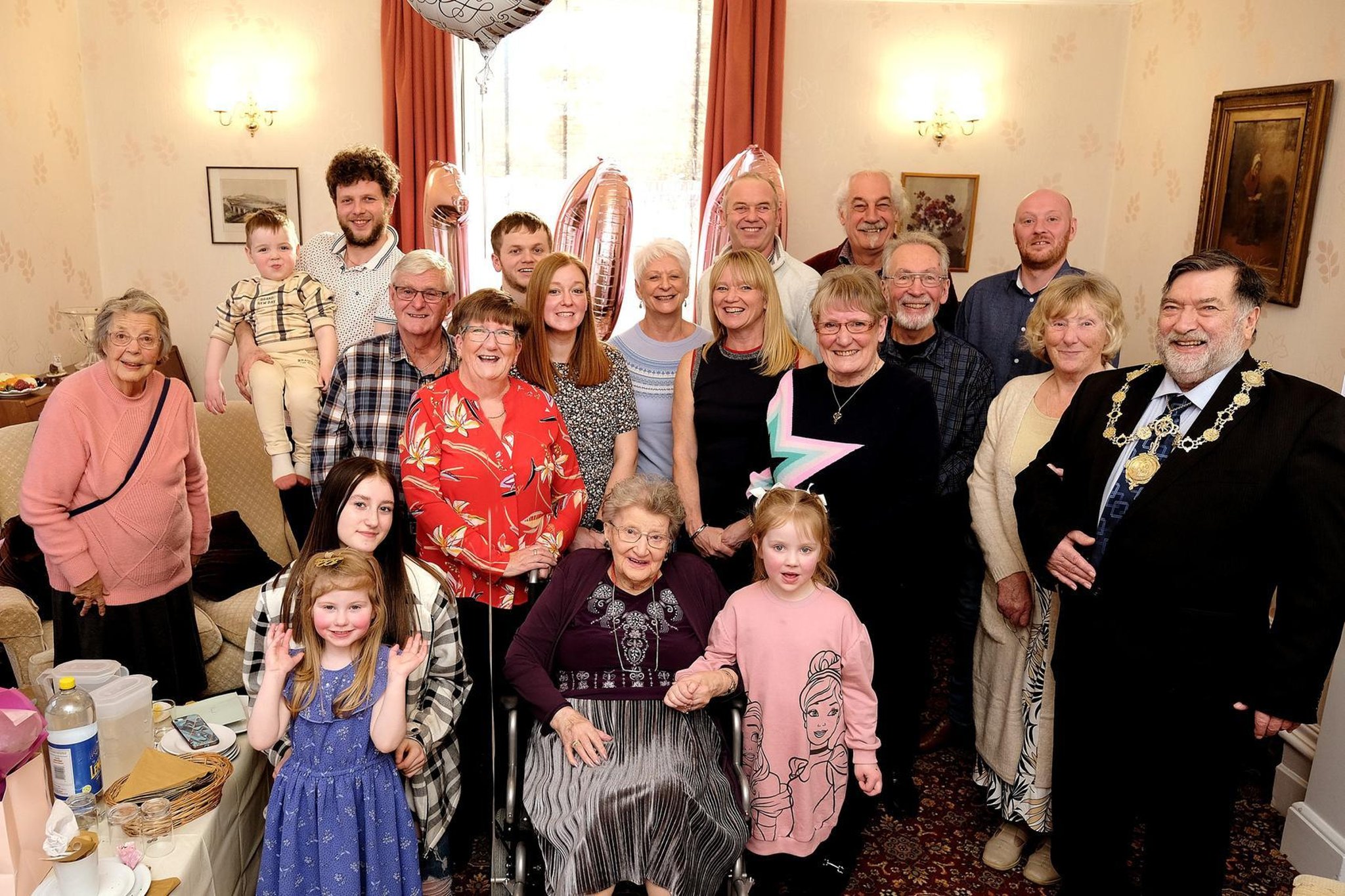 Beryl Hughes celebrated her 100th birthday with a tea party with her family and Scarborough Mayor Clerk Eric Broadbent.

She was born in Scarborough on 22 February 1922, attended Central High School, and after leaving school became a milliner at a hat and dress shop in Westborough.

Beryl was delighted to receive a card from the Queen in honor of her 100th birthday.

During World War II, Mrs. Hughes worked as a nurse at the former St. Mary’s Hospital.

In 1943 she married her husband, Tom, who served in the war and served in Scarborough.

Jenny Watkinson, Mrs Hughes’ daughter, said: “They met at the Olympia on the waterfront, which was a dance hall. My mum noticed my dad and thought “wow, he’s a good dancer” and she danced with him and he asked if she’d come the next night because he was here during WWII and she said yes and he said he was.

“It was very crowded and there was a balcony where you could look at the dance floor and she looked and looked and couldn’t see it, so she thought she got up.

“The next day she was in the city and my father was walking through the city and they ran into each other. He said, “Where were you last night?” and she said, “Well, where have you been?” and they were both there, but it was so busy that they couldn’t see each other.

“Things took off from there and they came out together.”

Mrs. Hughes and her husband enjoyed ballroom dancing together until they were both in their 80s and enjoyed attending the Scarborough Spa Ballroom.

They were married for 62 years until Mr. Hughes passed away at the age of 85.

Later in her career, Mrs. Hughes worked at the Futuristic Theater as an usher and later worked at a candy stand.

Jenny Watkinson said: “Mr. Kaplan Jr. said she was allowed to knit when the lights went out and she was busy knitting one night when some fishermen came late.

“She quickly put her knitting in her pocket, went up the stairs with a flashlight, showing them their places, and as she got them up the stairs, the fisherman turned around and said: “Here you are, my love, you dropped your ball of wool, I wound it behind you up the stairs!

Mrs. Hughes loves to knit and reads the Scarborough News every week.

She currently lives at the Ravensworth Lodge apartment building on Belgrave Crescent and was delighted to receive a card from the Queen to mark her 100th birthday.