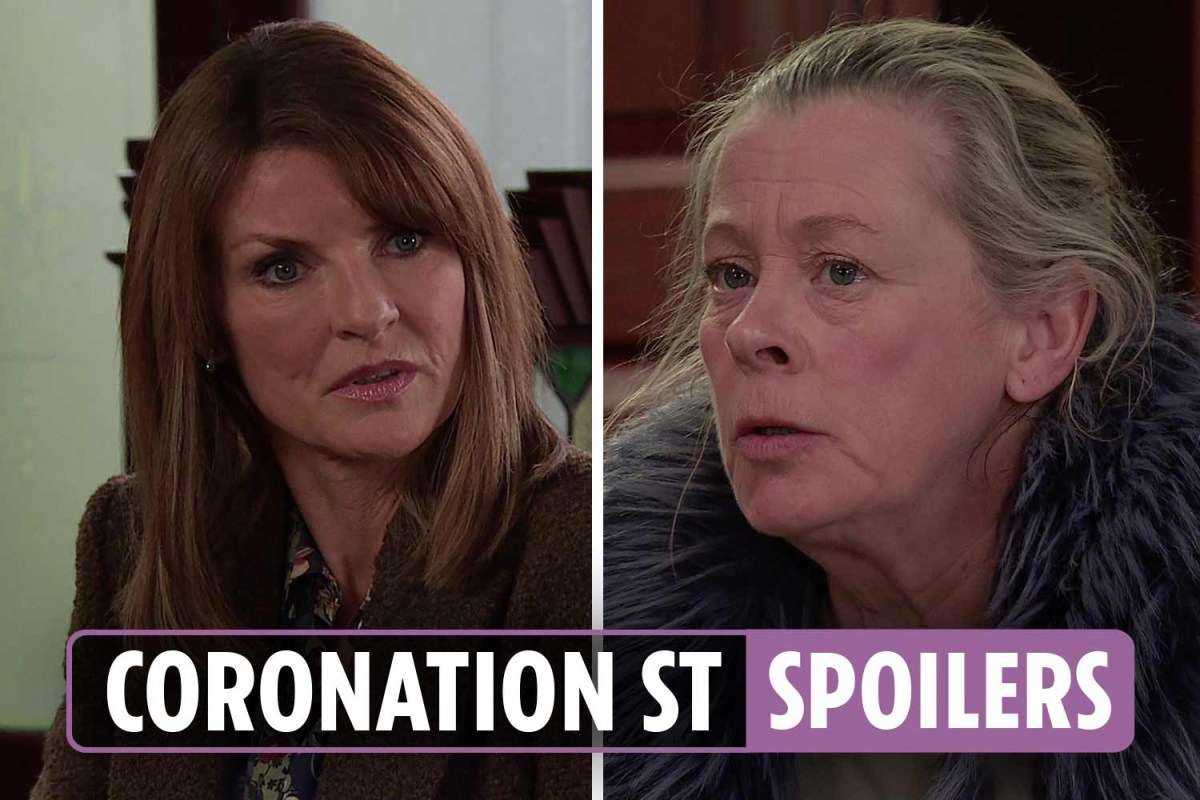 LINDA Hancock’s return to Weatherfield next week will create growing tensions within the Winter Brown clan.

The family drama begins on Coronation Street when Bernie Winter gets into a violent altercation with the character, and it’s all about Joseph’s future.

Years after her last cobblestone appearance, Linda (played by Jacqueline Leonard) returns to the streets to visit Chesney (Sam Aston) and, in particular, her grandson Joseph Brown (William Flanagan).

But when she learns of the boy’s kidnapping, Linda starts digging and finds a stunned father of five struggling to keep balance in his family.

This is mainly due to the birth of a quad back in 2019, which makes the task of parenting a little more excruciating every day.

However, Linda’s return doesn’t mean anything good for Bernie (Jane Hazlegrove), and she’s not afraid to show it.

🔵 Read our soap spoiler blog for the latest gossip.

When Linda calls Number 5 and offers to pay Joseph to visit the Activity Club in scenes due to air next week, Bernie confides in her daughter Gemma (Dolly-Rose Campbell).

She tells her that she does not like Linda, despite the fact that her adopted grandson really wants to spend time with her.

This may be due to the fact that Bernie witnessed Dev Alahan chatting with Linda at the Rovers upon her arrival.

Linda later returns home with Joseph, but is met with more resistance from Bernie, who mentions that two of the quads are sick.

Bernie has a hard time keeping his distrust of Linda to himself and scolds her outside the Winter Browns’ house.

Tensions further escalate when Linda directly asks Joseph if he would like to come live with her in Portugal, where she has built a new life for herself.

Izzy confronts Linda and accuses her of trying to keep young Joseph away from his family as he prefers to live with his grandmother Linda.

Bernie doesn’t hold back and trades insults with Linda in a furious argument, while Izzy’s friend Fergus Dunford (Toby Hudock) tries in vain to keep the peace.

Joseph had already spent part of his youth in Portugal, where his mother tragically died in a car accident.

Linda then allowed Chesney to take him to Weatherfield.

In recent weeks, Joseph has been feeling increasingly unwanted as Chesney and Gemma have focused most of their attention on their four little ones.

Underestimating the situation, Joseph ran away from home, wreaking havoc in Weatherfield.

Although he was brought home safely, Joseph still feels sidelined.

But will he really leave his father’s house to live with Linda?

Coronation Street airs Mondays, Wednesdays and Fridays on ITV at 19:30 and 20:30.